I had a hard time dropping off to sleep last night but finally put away my iPad around 1:30 am. Nothing on my mind just didn’t seem able to sleep. I may have had a 10 minute snooze at some point in my sitting down process late yesterday afternoon, but I can’t swear to it though. Some times I’ll be reading along and suddenly find myself dozing or just nodding off. No idea why but it just happens.


I woke up at 4:30 am and had a silent conversation with myself about it being a ridiculous time of the morning to even think about getting up or staying wake, in that two way conversation I must have agreed because I soon fell back asleep. The next clock sighting was around 5 am and so here I  sit with the opening lines of tonights post already in hand at 3 minutes past 5 bells.


Moving day today but only a few miles so it’ll be a quick thing, except perhaps the dump station but who knows, and truly it isn’t a big deal as long as we don’t get impatient. Then it becomes a tough day.


I was out the door before 7 am to take my last sunrise pictures at La Posa South for a while at least. It was nice, nothing to spectacular but I got a few good shots. It was coolish and my hands were aching by the time I got back inside. My mini gloves in my pocket, DAH!! Some days I’m totally clueless.


We enjoyed our hot drinks, finished packing up the outside, then the inside, put her HRH Miss Kitty into her carrier and proceeded to hook up. Lots of dew so the back window wasn’t easy to see out to line up the necessary places. Yes, I know I could have cleaned it off but honestly I wasn’t about to climb into the back of the Dogsled and crawl over a ton of stuff in the box, just to wipe the window. On our second try we hooked up, so it wasn’t so bad.

After our usual checks, and walk arounds we were able to put the Big Dog into tow, and 4 x4 until we got out onto the roadway, and of course the letter D indicating we were ready to go. We slowly proceed to the main road, rolling along until we came up to a familiar looking 5’er and Motor home with a Stinger ‘B’ near by. Pulling in we noticed Miss Patsy (Chillin’ with Patsy)watching for us. We stopped to deliver some books we’ve finished reading and hope someone else will enjoy them also. While we were saying our goodbyes George and Suzie (Our Awesome Travels) came along as well. Hugs, smiles and well wishes for safe journeys all completed we climbed once more into the Dogsled to head off to empty/fill/leave behind the the necessaries (tanks, water, garbage/recycle). While filling up with water a familiar big black Ford pulled up and Bill’s (On Our Way) smiling face greeted me. We chatted for a few minutes, said our goodbyes before he was off home.


Climbing into the Dogsled after having completed our chores we headed for the long drive to Dome Rock. Perhaps 20 minutes later we were sitting at the camp host spot filling in paperwork. We chatted with the nice fella for a few minutes, and then headed off to our previously scouted spot. It was indeed still empty, although it’s not any longer.

Across from us are a couple of folks in a couple of tents. I realize that it’s always interesting when  new people come to town but is it really necessary to walk out behind your vehicle to stare? Me, I waved. Hahahaha, he had no option so he waved back and disappeared. I’m not leaving pal, I want this spot and I”m going to take it. I’m far enough away not to bother him in any way so he can just stand there across the big road and stare as long as he likes. He’s farther away than our neighbours had been at La Posa South, so I think he was trying to intimidate us hoping we’d leave and find another spot. Obviously he doesn’t know me.

We got set up and settled in, I parked the truck at an angle so the folks in the tent can’t see us without walking a fair distance one way or the other. I know I’m petty but oh well, that’s me.

I called my dad to tell him we’d survived our long trek, he was out and so I spoke with Marion and she promised to forward the message. It was now time for lunch and we were hungry. Riley made herself a salad, I still hadn’t had mine from yesterday and with no dressing on it, it was still fresh. We enjoyed our salads while the chili was heating up. I can tell you folks, we were wise to make it yesterday. It had a chance to ‘blend’ over night and it was very good. A couple of pieces of toast and that was lunch!! Good stuff.

We cleaned up, then headed out for a walk. I have no idea how far we walked but it was a good half hour probably. It was very nice to see new spots, mountains, and valleys. We met a couple of Razor’s motoring along, they slowed right down so as not to cause any dust or flying stones. Very considerate of them.

Back home we both headed off to read or whatever. Mine ended up being whatever, I did however started off reading but soon was snoring away making the curtains flap and the Igloo shiver. No, not really but I did have a nap. Riley called me around 4:30 pm. Oh my, that was a 2 hour  nap. Too long but nothing I can do about it now.

We chatted about a number of things before I headed outside to take sunset pictures. Our future plans are starting to come together nicely. We’ve decided to stay in California a bit longer than first planned.


Outside I walked around snapping pictures of numerous things, but the sunset itself was disappointing. Unless we have cloud cover the sunsets won’t be great here. Oh well, we’ll manage to take pictures of something. I once again enjoyed the light/shadow contrast on the surrounding mountains. I snapped some pictures of interest to me, probably not to anyone else but I’m just getting to know my camera a bit better and so I’m enjoying experimenting with focus, light, etc.

Before the sun was totally set the coyotes started to howl off in the near distance. Riley came outside to see what it was making the noise. She’s heard them many times of course but not quite the same kind of yapping as tonight. Almost sounded like an audition as each tried to out last the others. Very loud, meaning quite near. The camp host told us they are very aggressive here so we’ll be keeping an eye out for them and not going anywhere without our sticks. Back inside as the air was cooling down quickly we shut the windows, vents and shades. We like keeping the heat inside, or at least I do. I called middle daughter Bradey to chat for a few minutes. Bradey works with autistic children and loves her job. She and her fiancé David have a beautiful Sheltie cross named Leia. It seems Leia is having a foot issue and has been to the vet a few times. Hopefully they get it cleared it up soon. Always nice to chat with the girls and get caught up on what’s happening.


After that I called my Dad to chat for a few minutes. He was happy to hear we’d made our long trek without any issues. He informed me it was raining there on Manitoulin Island with a high temp of 5C/ 41 F. He says another cold spell is on it’s way within the next few days. I hope it doesn’t last too long as winters up there are damp and when it gets really cold you just can’t put enough layers on.


After that I started editing pictures and continuing this post. It’s been a busy day, not a tough one at all except that we’ve said good bye for now to our new friends Bill and Pat, as well as friends George and Suzie. Riley and I hope to meet them all down the road some place, and wish both couples safe travels and sun filled days. 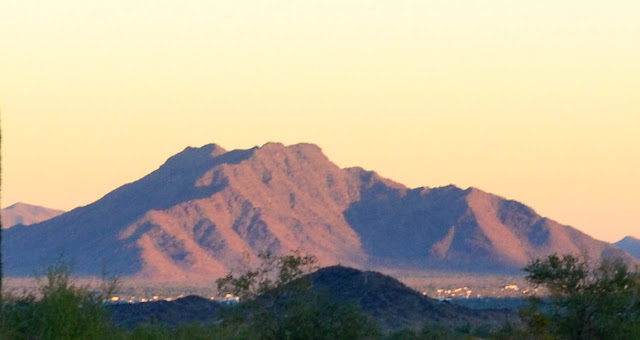 So there you have it, our moving day. Nothing exciting but a new place is always interesting. We’ll get better acquainted as the days go by. Thanks for stopping by, feel free to leave a comment, I will read them.


Until next time…. take care, be safe,