Merry Christmas (although I know I'm a day late, but better late than never) and Happy New Year to one and all. We hope you all had a wonderful Christmas and didn't find too many lumps of coal or whatever Santa is giving the naughty this year in your stockings or under the tree. 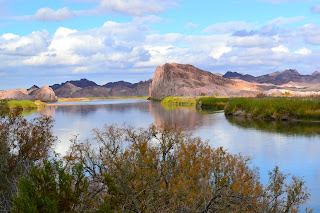 A view of the Colorado River while on a jeep ride with friend Jerry!!!

Things are quiet here in the village of Tehkummah, the local little general store/beer/liquor outlet was busy right up until closing time on Dec 24 but other than that not much is happening. Coffee time with family is still the highlight of the days. Snow has been falling and melting, temps have been as low as 7F/ -14C and as warm as 39F/ 4 C. Of course sun and wind play a big factor in how warm those temps actually feel. 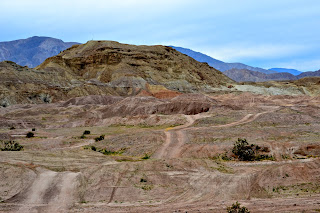 The Badlands, a really nice view.

I purchased a new iPad Air recently and while I love Apple, I hate trying to learn new things such as sharing photos, having all of my devices recognized by each other, etc. Both my old iPad and my computer (a very old MacBook Pro) still work but are too old to update and my iPad just will not recognize either of them.  So it's been a big challenge for me, and to be honest, I'm not winning the battle. I still may have to use my computer to do my blog instead of the new iPad, which is one of the reasons for the purchase. OH well, it is what it is.  Riley also got a new device but opted for a new Tablet instead of an iPad. We also both upgraded our phones a couple of months ago and while I wanted to go for an Apple, none were available so Samsung won out. Ever try to mate a Samsung and an iPad Air or even an old MacBook Pro? It would be funny if it weren't so darn frustrating. 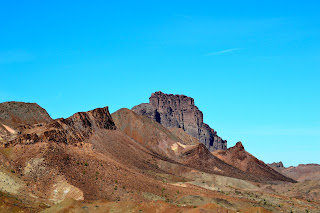 Picacho Peak, also taken on the ride with friend Jerry.
I am trying to work myself into posting more often but truly folks, it's very quiet here and there isn't much of anything going on that would interest anyone.  On a personal side I'm going to make a couple of  mentions for future reference. Nephew Jason is once again getting himself all ready to head to BC for a month of sledding with his buddies. Although I think he seems to be dragging his feet a bit and I think that may be due to the fact that he now has a son that will be turning one in February and I'm sure while he missed his beautiful bride Leah a great deal she wouldn't change much in the month he was gone! Hudson may actually be walking by his return.  So he's delayed leaving by almost a week. Nephew Jesse (Jason's younger brother) bought a new Chevy 1500 just a few weeks ago. Nice truck!!! 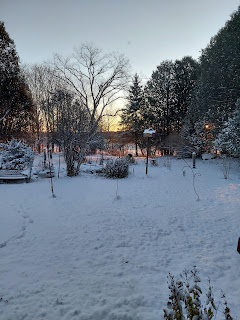 Sunrise in the back yard here at the little stone house. 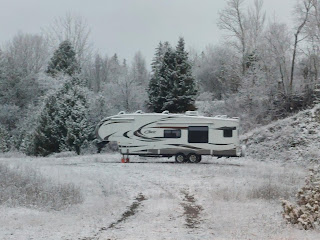 The first little snow fall we had in November, the Igloo looks cold and lonely there. 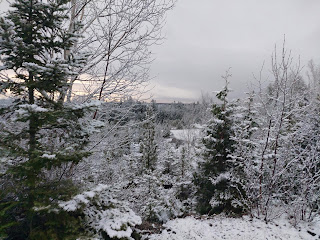 This is our summer spot view but  not very summery looking is it?
So on that note, I'm going to call it a post and sign off. Thanks for stopping by.
Until next time,
Take care, stay safe and be healthy,
Deb
Posted by On a long and lonesome highway.... at Sunday, December 26, 2021 11 comments: