I had no trouble dropping off to sleep last night but woke up around 4 am. I cat napped from then until 6 am when I thought the clock said 7 am but alas I was wrong. So here I am starting my post before I read any blogs. 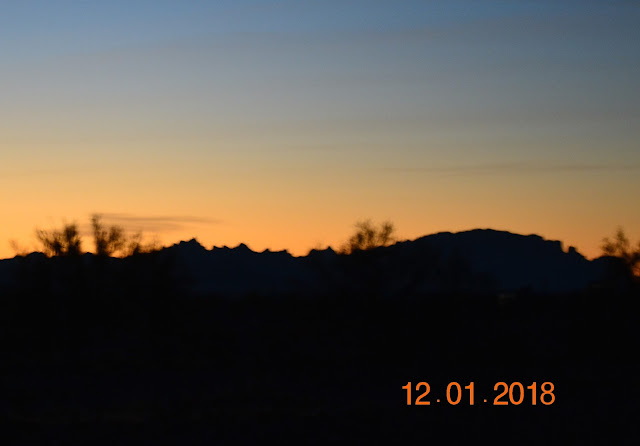 It’s pretty quiet here in our new spot except for the coyotes which howled off and on over the evening, sometimes pretty close, some times further away. We have a few things on the agenda for today, nothing major but a couple of little things. One of those things is a trip to Parker since we’ve not been there yet. It will be nice to get out and about to see something new. We haven’t done much exploring here but we’ll eventually get to it.

I was outside just around 7 am, the horizon was just starting to glow and yet it was still going to be a while before the sun made an appearance. I donned my mini gloves and my fleece sweater to keep me warm and the truth is I needed both until just minutes before the sun came up, I could then unzip my fleece but still kept my gloves in place.

With very few clouds in the sky there wasn’t much to see as the sun came up but it was still pretty nice. The surrounding hillsides heralded the sun’s coming with splashes of light here and there and soon more and more showed off their morning glow until finally the sun showed itself over the top of the mountain. It was a nice start to the day. 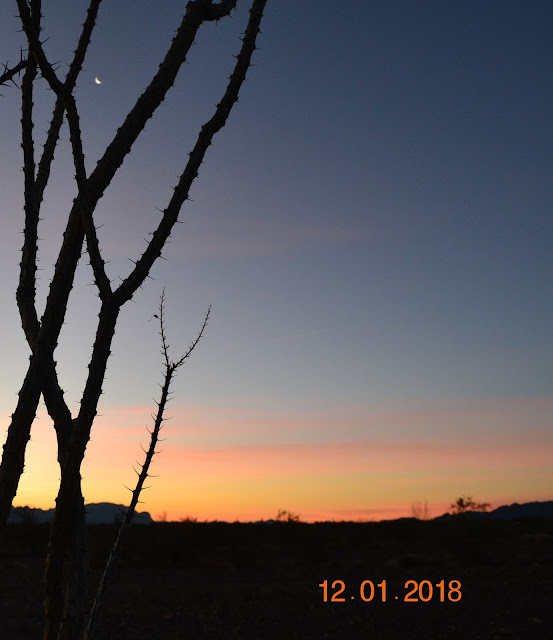 I managed to capture a few pictures for this post, some a bit more creative than others. However I did enjoy playing around with the camera so that time spent waiting for the sun to show wasn’t wasted. 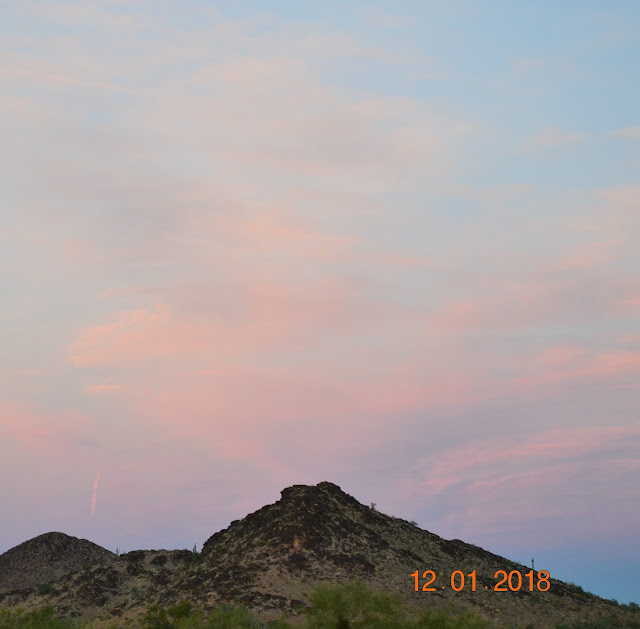 Back inside the Igloo, Riley and I confirmed our plans to go to Parker today. Mostly to just get out of the house but also to do a wee bit of shopping. We needed a few grocery items and some other non essential things and opted for a visit to Parker. Since we needed the GPS to find Parker we started with Bella taking us the wrong way out of the BLM land. I knew it was the other way, just instinct I guess but I followed her lead. I will say that it was15 minutes later that we went back past the front driveway we’d recently just left. I managed to find Parker on my own without Bella’s help and found our way home again as well. Some days we all need a little help from our friends and today our US GPS Bella needed our assistance. Not a big deal.

We arrived in Parker and made a couple of stops. One of them being Spanky’s. We checked out his RV furniture and enjoyed the store. Clean, bright, and very big. We found a spice rack that I’ve mounted already to help free up some cupboard space. However the spice rack was all we found there, or at least all we purchased there. 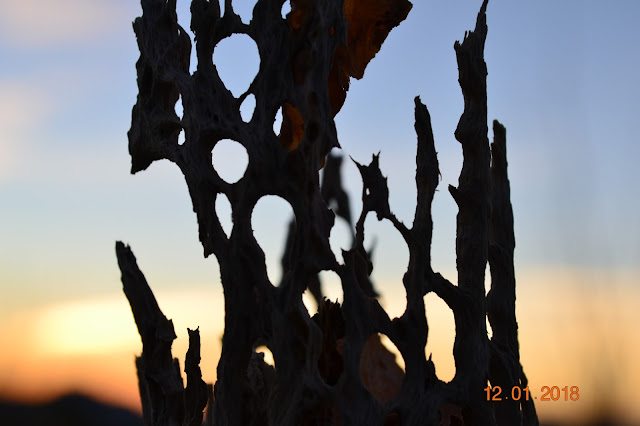 Heading back home we enjoyed a pretty easy drive except for the fella in front of us was pretty irregular in speed and weaving a bit as well. At the next passing lane Riley noticed he was on his cell phone while driving. Now doesn’t that just figure. I should have pulled over and let the big semi behind me settle in on his bumper, that might have gotten his attention. Oh well, we made it home safe and sound before 2 pm.

We unloaded the groceries, putting things away, while the chili was heating up. Riley opted for a roast chicken and shrimp that we purchased at Walmart, and I slurped up the remaining chili. It was even better today but now it’s all gone so we’ll have to cook tomorrow.

After cleaning up the dishes I truly just didn’t have the energy to do much of anything except sit and read. I even found myself waking up from time to time between pages. Not sure how that happened but it did. 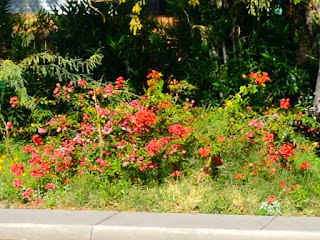 Shortly after 5 pm I headed outside with the camera to snap some pictures. Not a spectacular sunset but I did manage to get some walking in as I ventured around the neighbourhood looking for good spots to take pictures.

As I was heading for the Igloo I heard Riley come outside. She wanted to have a campfire and so I explained how to place the wood, the starter, etc. Before long she had herself a nice little fire. Lasted about a half hour and that was long enough for her. Still warm outside 58F/14C at just about 7 pm. I was even outside in just a little pull on sweater, not my fleece. You know it must be warm if….

So there you have it, another day here in Quartzsite. Nothing earth shattering or life altering but we enjoyed it all the same. So thanks for stopping by, hope you enjoyed your visit. We hope your day has been a fantastic one for you. Feel free to leave a comment.