I woke up around 4:30 am, looked at the clock and went back to sleep until 6:55 am. I was wide wake the second my eyes opened. I knew it was time to get outside. So within 5 minutes I was indeed outside in  my fleece jammies with a fleece sweater and my camera. The sky was not as vivid today as yesterday but it was still nice.


I didn’t take a lot of pictures until it was actually light enough to see around, and then I managed to snap a few interesting pictures. The sun danced it’s way along the edge of the mountain top for a while before finally poking it’s head up high enough to cast some rays over the edge of the hills and another day has begun.

We discussed plans again today after having decided yesterday that  Wednesday will be our departure day. Janet & Dennis’ friends cancelled due to Dennis being a bit ill earlier and having spent a couple of days in the hospital (nothing too serious) but he’s fine now as I talked to him just a couple of days ago. Since they are free sooner, we’ve decided go there a bit earlier as well.

We had a number of things to do today but spent some time here this morning attending to some personal details. We managed to complete those by about noon and left at that point to do our errands. We needed drinking water, propane, dump some garbage, and fill up with diesel. We managed all of those things rather quickly. I will say that there was a little excitement at RV Pit Stop when a customer they had built or rebuilt a regulator for decided to test it for leaks by lighting a match. It caused quite a start among the folks that work there. I personally didn’t see it but it happened just in front of the Dogsled. We are all very fortunate that it didn’t have any leaks.


That was our last stop and we quickly left, heading home and leaving the busy Q behind us. As we were creeping along toward the Igloo we met a black Jeep. We were past it for a few seconds before Riley mentioned that she thought it was Tom & Deb (Celebrating the Dance). I hadn’t noticed, instead keeping my eyes on the off road portion of the lane as I had pulled over to allow the jeep to go past. We turned the Dogsled quickly, and followed, catching them at the stop sign, I tried to pull up beside then but they pulled out onto the road. So we followed them a bit further and seeing the Michigan plates, it was one more reason to believe it was them. We pulled up beside them at the corner near Love’s Gas Bar, sure enough it was Tom & Deb. They had been out sight seeing and we just happened to see them. Unfortunately we didn’t get much chance to chatter as we were at the stop sign. They went their way, we turned around and headed back home once again. This time we arrived at the Igloo without any detours.


Since we were leaving tomorrow I wanted to check the tire pressure on the Igloo and truck. The two tires on the right of course needed a bit of a top up and those of course are the ones UNDER the slide on the Igloo. Not much just a few pounds. So I spent some time doing that and putting the outside patio stuff away. Riley came out to help with her chair and the carpet.


After ensuring those things were fine, putting away the big propane tank and loading a few things into the back of the truck. It took not time at all and I was finished.


Inside we had opted to use up the leftovers and I had decided on pea soup since there was only enough leftovers for one. Riley hates pea soup and I love it. Not the home made kind with the ham hock though, I love Habitant Pea Soup. I also had apple for dessert. Not sure what Miss Riley had though.

Dishes cleaned up, floor swept and we headed off in our own directions to do our own thing. Riley was really quiet so I have no idea which bad guys she was chasing today.

Nothing to exciting and I wish I had the energy to head out for a walk but I don’t. I’ll get in a good bit of walking as I take sunset pictures so it’s not a total bust for walking today.

We have had numerous vehicles pass thru the road beside us, we have even had a motor home down at the far end of our long rocky flat area but I think that has come to an end today.

As I write this I see we have neighbours moving in not far away. It’s okay, we’re leaving in the morning anyway. They can enjoy this spot without us! 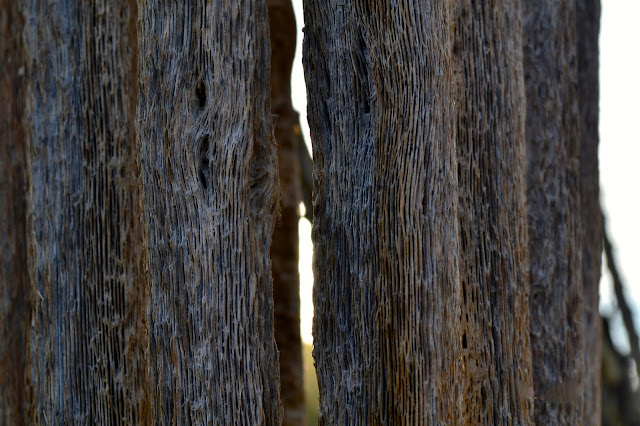 These two pictures are the same dead cactus ribs but at a different angle, with different focus. 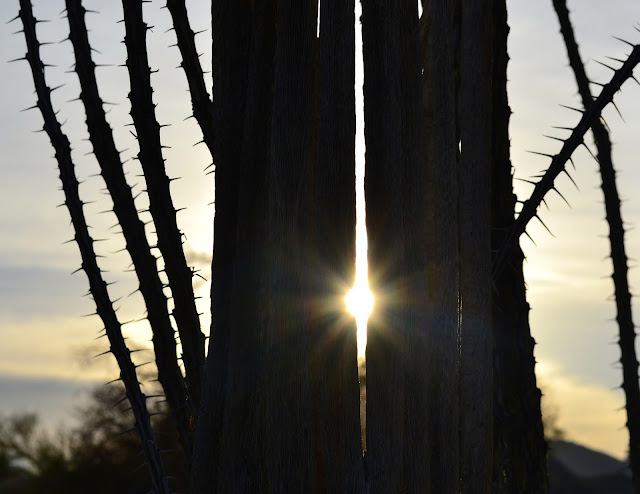 A birthday greeting goes out to my friend Ian, who has a birthday today. Ian is a helicopter pilot and originates from England but currently lives the northern regions of BC. Happy Birthday my friend, I hope it’s a fantastic day!!

We spent a quiet time reading and relaxing until it was time for me to get out with the camera. I hurriedly walked toward the mountains in the back and snapped a few pictures as I went. It wasn’t a brilliant sunset but it was nice. I managed to find some interesting to me at least, things to take pictures of, played around with focus, lighting, etc.


I managed to wind my way home again by following one of the cross country roads and truthfully I knew where I was but it was a new area for me to be walking during my night time picture taking. I took most of the actually SUNSET pictures back home at the Igloo than I did during my walk, which is unusual but there wasn’t much of a show in the sky until I got back home again.

Walking past the neighbours I noticed its two couples, one in a truck camper and the other with a port-a-pottie tent beside their mini van. I realize a lot of people camp in their vehicles but I have to tell you, I couldn’t do it.

We received an invitation from some friends to join them tomorrow but alas we are heading out in the morning. Another time friends we will certainly join you.

So there you have it, our last full day here at Dome Rock, Quartzsite, Arizona. We managed to get things accomplished and while we’ve had a good time here, it’s time to move on and spend a bit of time with family. We are looking forward to it.


Since we are heading to Joshua Tree National Park area and it states that there is no cell nor internet signals available I am not certain if I will be posting a blog while there. I will certainly be writing and saving it to post later. However do not be concerned if we aren’t posting for a few days. We will resume our regularly scheduled postings when we next have connectivity.

Thanks for stopping by, we hope you enjoyed your visit. Please feel free to leave a comment. I read them all, and I will reply as well.


Until next time… take care, be safe,