The  expected rain showers didn't appear until after 10 am this morning and then they were very minor and tonight it is like a fine mist instead of rain. The forecast changed and it looks as if the weather will warm up but no rain seems to be showing in the days ahead.  A definite change from yesterday's forecast. Warmer today by about 10 degrees or so, but still damp and grey. 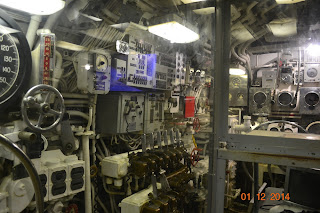 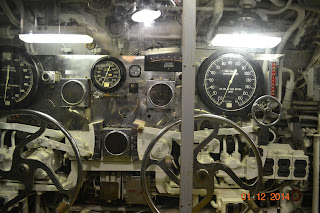 After breakfast we headed off to the Post Office, then to the Soap Box for our laundry needs. The Soap Box was nearly empty and we had the place pretty much to ourselves for 2 hours. Amazing how long it takes to fold two weeks worth of clothes. ~laugh~ The Soap Box is next door to a Pawn Shop and we've been looking for an E-Reader for Riley but haven't been able to find one anywhere in town. Many people don't know what an E-Reader is, never mind what it's for. No readers to be found in this city. We have looked pretty much everywhere, we even tried Toys R Us today but with no luck. 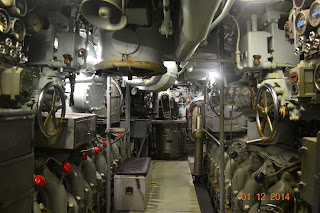 After striking out there we went to Picnic Pizza to pick up a take out pizza for lunch. Great pizza, I've had it from there before and Riley enjoyed it a great deal. I can tell you we had a Veggie Pizza with 12 slices and there was none left when lunch was over. We were hungry!! 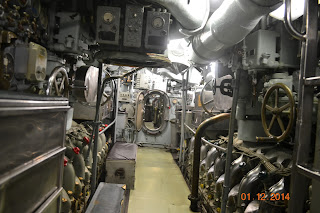 After lunch, we put away the laundry and sat down to read, well actually I laid down for a bit trying to ease my hip (the damp weather isn't helping me any) and I fell asleep for a few minutes before I heard knocking on the door. Roger next door came by to invite us to the Club House for soup at dinner time. He visited for a bit and brought us back some BBQ sauce that he and his son Will have concocted. They start with one kind and add all kinds of stuff to it, and it's really good. We now have enough to last until well into the summer at least. ~laugh~ 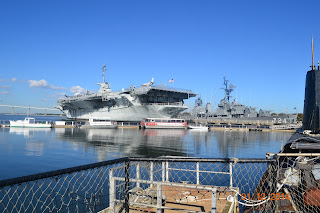 Riley declined the dinner invitation but I went and had a great time. Met two fellas from the park that I haven't met before, Jason (a crane operator) and Jim (no idea what he does) both have been here about 8 months. Nice fellas and definitely full of that southern charm. Dinner was a choice of Veggie Soup or Beef Veggie Soup along with grilled cheese sandwiches. I of course had the Veggie soup, it was good and I brought home a little for Riley, although she had Sausage soup and saved the Veggie soup for tomorrow. 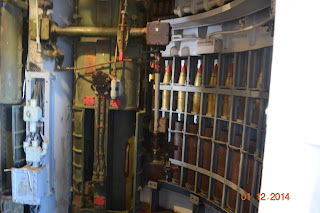 After that I spent some time chatting with Steve (park owner) and looking at a number of his antiques. He has several that he displays in various places around the park including a glass case in the office. Steve is an auctioneer as well as the park owner. Home around 7:45 pm and chatted with Riley while she ate her dinner. We made a grocery list which is about as long as my arm, seems we're running low on a lot of things. Amazing how much food we eat. ~laugh~ 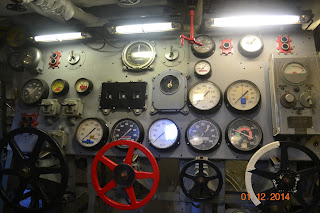 After doing the dishes and tidying up a bit we've called it a day. She's in her room doing whatever it is she does in there and I"m writing my blog. The end of the day with still a mist in the air but the weather looks to be improving as I said earlier. 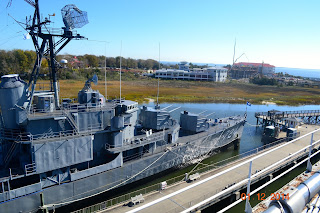 So as you have read, nothing major in the excitement department but a nice day anyway. Always great when you can spend time with friends and meet new people. And dinner thrown in, all in all not too shabby. 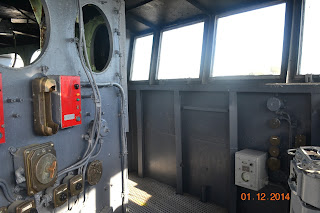 Today's pics were still from Patriot Point visit in 2014. Today were pictures taken aboard the USS Lafferty and the USS Clagamore.. The USS Lafferty  a DD-724 Destroyer is 376.6 ft/ 114.8 meters long, and reaches 324 knots/ 63 km, she has two propellers and a vast armament of guns. She had on board a small machine that was used exclusively to hunt submarines. She was commissioned in 1944 and decommissioned in 1975. The USS Lafferty was one of the ships that supported the landing at Normandy on D-Day. She is the most decorated ship of her kind! 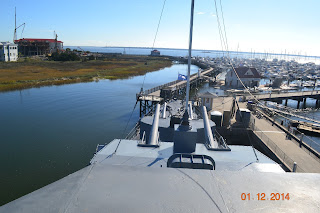 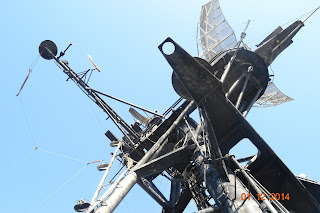 The quarters are cramped with no free space of any kind. Personal items fit into very small lockers that looked big enough to hold a school size note book laying down or standing up. Bunks were squeezed in around torpedo's, on the launch tubes, hung from the ceiling or resting on the floor. The bathrooms were stuffed in around pipes, with back in only entrance. 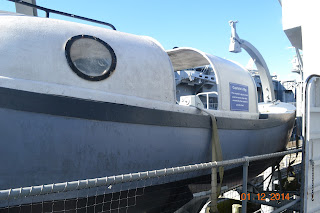 The picture to the left is the officer's gig which was used to transport officers to shore. The pic below is the machine used to hunt, locate and track enemy submarines. 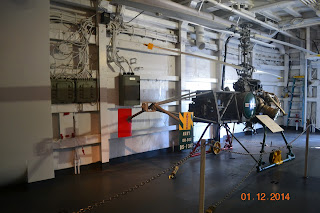 I hope you've enjoyed the pictures today, I enjoyed the tour. Thanks for stopping by, feel free to leave a comment. Until next time....be safe, take care......