Our Location:  Near Borrego Springs, CA

A nice night for sleeping and I managed to keep the peepers closed until just after 5AM PST. An improvement for certain. I woke to see the red glow out the window, rolled out of bed, grabbed the camera and a sweater before heading out the door to catch some spectacular sunrise pictures. I couldn’t decide which ones so included only my favourite. 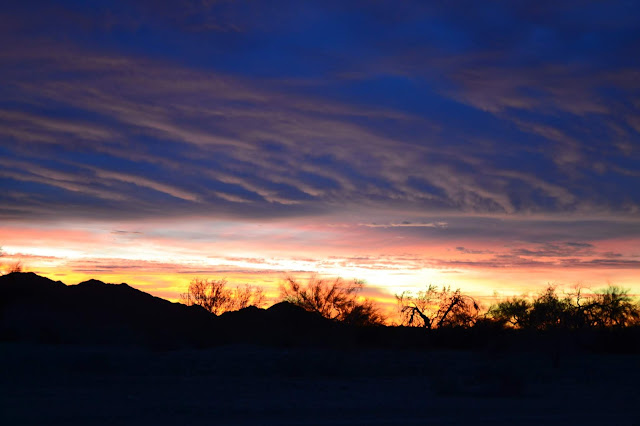 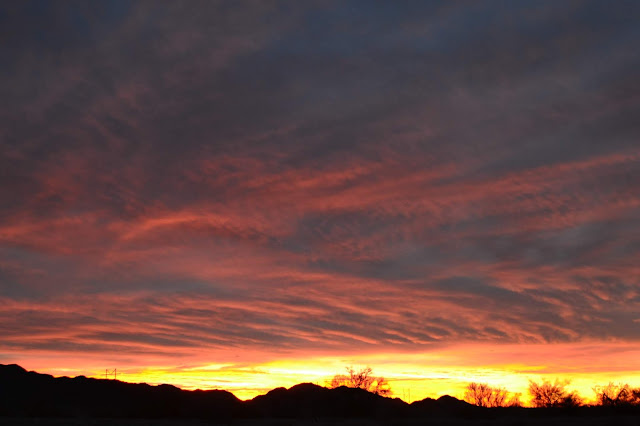 We packed up, hooked up and were heading north on Ogilby Road at 8:05 AM PST, I know because I checked the time. We hadn’t had any plans to leave early but we were happy to be on our way. I didn’t realize that the road would be so rough all the way to CA78. We also had no cell service in this small stretch of Ogilby Road and until we reached Glamdis Beach Shop where we once again seemed to pick up the cell towers. 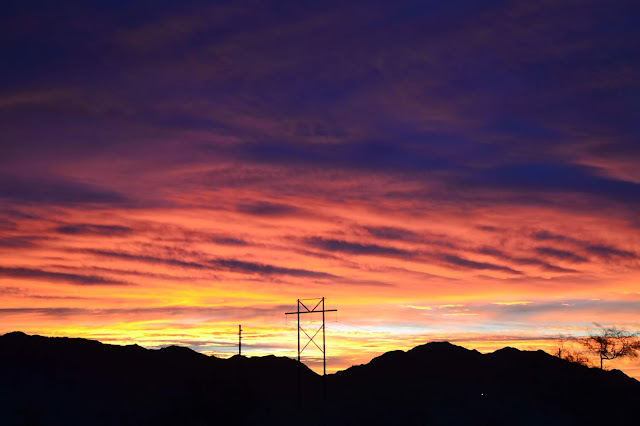 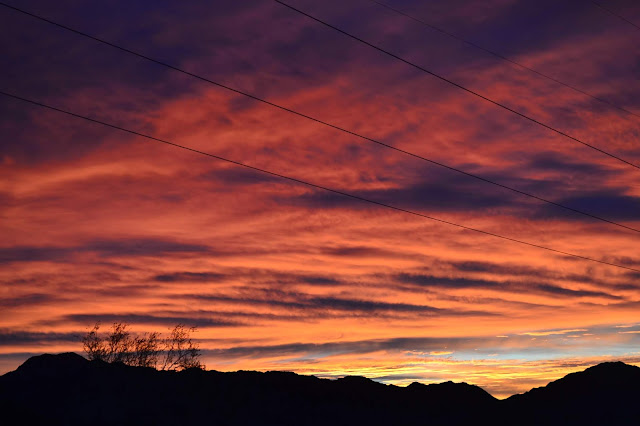 This was our first time through the actual dunes here at Imperial Dunes. Quite remarkable. Lots of storage for weekenders to leave their rigs behind and not tow home at the end of the weekend. Very smart idea for sure. 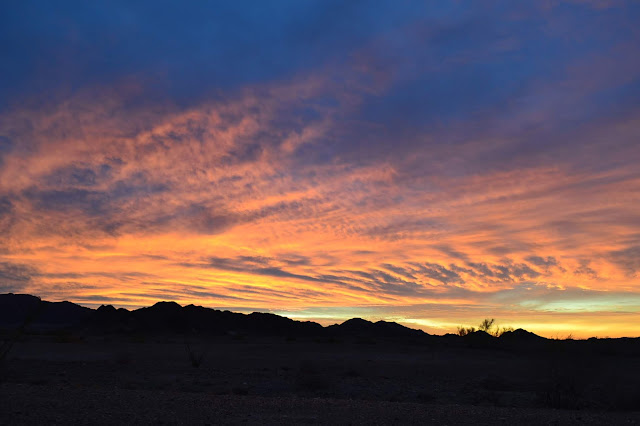 We stopped in the town of Brawley for a few reasons and didn’t really manage to achieve any of them except getting some drinking water. Oh well, it is what it is and we’ll keep trying further down the road. We enjoyed about an hour’s rest at Walmart where we purchased a few things we wanted but that weren’t a necessity.

From Brawley we headed out on CA78/86, passing through the border inspection station which was backed up for a long distance. It took us 20 minutes to reach the man at the shack, he simply waved us through. Whatever they were looking for we didn’t fit the profile. We didn’t take CA78 to Ocotillo Wells, it’s too much like a roller coaster and HRH Miss Kitty would have been ill. We instead opted to go further up CA86 to Salton City where we turned onto the Borrego Springs - Salton Sea parkway to continue on our travels. We did stop at the big gas bar/store at the corner but it would have been a half hour wait for someone to come out to fill the propane bottle as they were short staffed. We opted to move on, we’ll get it filled on the way out.


The drive on the Parkway was a bit rough and I pulled over once to check the tires. The road has an odd ripple to it that causes one to think their tires are in trouble. However it did eventually smooth out and the views of course were picturesque. We debated about putting our feet down on this road, the views are amazing but instead continued on toward Borrego Springs. Upon reaching Rockhouse Road we hung a right and took the tour. We even did a bit of a walking tour but couldn’t find anything that appealed to us and so we continued on to the little dust bowl a bit further down on the corner and are now parked at the exact spot we stayed at last year.


It took no time to set up and a call to dad had me talking to his machine but at least he knew we arrived safely. We then had some lunch, read our books and just enjoyed the new sights out the window. It was in this spot where we first met Doug & Yuma last year. What a truly wonderful meeting that was and we miss both man and dog.

Dad called later to say he’d received my message. He passed on the news regarding Brother Rick's broken leg. It seem he will be sitting out the next couple of weeks with his leg in the air still. According to the specialist it will be at least another couple of weeks before he can put ANY weight on the leg at all. Possibly after that he can start with a bit of weight but time will tell. He’s been a month since he broke the bone in his leg just above the ankle. For an active fella it’s hard to suddenly be inactive. Dad reported the weather as a mixed bag. Freezing rain, snow, about 4 inches/10 centimeters, more freezing rain, rain and now they have almost no snow again. All of this wacky weather TODAY. Sudbury and points north are reporting the highways and roads a mess due to freezing rain and snow. Seems they didn’t get the rain.

So there you have it, thanks for stopping by. I hope you enjoyed your visit.