I think I slept the sleep of the dead. I didn't hear anything until just before the sun popped out. The back up beeper across the road must have jolted me or something because when I looked out my window the sun was almost laughing me over the edge of Superstition Mountain. So as you can guess, I missed the sun rise.

The outside temperature read 44F/6.6C when I came downstairs. As quiet as a church mouse I started the water for our hot drinks, turned on the heater, and opened the shades. HRH Miss Kitty showed her regal self after the heater had warmed up. Riley was snorting and burping and making 'I'm awake noises' around 7:45 am.  Although she didn't make any verbal declaration until around 7:50 am.


The sun is out and the sky looks blue, blue, blue. Today I think will be a hike down in the Gold Canyon area, but I'm not really sure. We'll have to see how that plays out.


We had our hot drink, grabbed a little something for breakfast and around 10 am headed out to load up the Dogsled. Soon Doug & Yuma were also climbing in and off we headed. We needed to go to town first but were soon off toward Gold Canyon. It took us two tries to find the trailhead for the 'EASY' rated hike of Hieroglyphic Trail. We did find it eventually and around 11:30 am  we were starting up the path toward what was termed in the reading material as an easy rated hike with a waterfall, and petroglyphs.


The trail was busy, very busy with lots of folks coming and going. The views were fantastic, and the mountain loomed ever  closer. Within about 25 minutes of our starting Riley pulled off the trail complaining of not feeling well. I thought perhaps a breather would help but alas it was not to be, Riley and I would be returning to the Dogsled, but Doug & Yuma carried on. 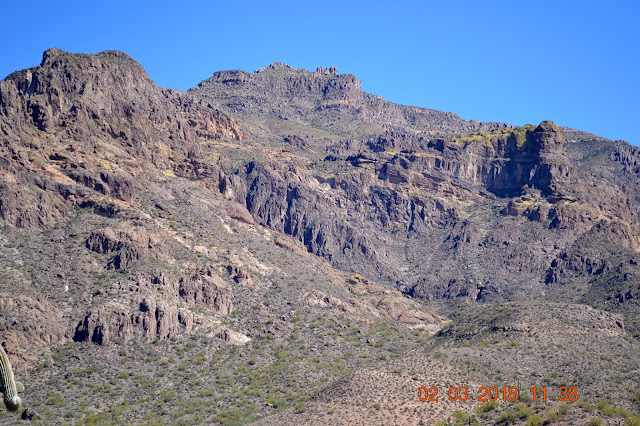 Back at the Dogsled, having arrived safely we sat about patiently waiting for the return of our friend and his faithful side kick. The temps were warm reaching a high of 73F/22C. We noticed car plates from Alberta, Manitoba and of course many of the US states. People were constantly coming and going, all ages, sizes, with pets, without, numerous cycler's came and went as well. A very busy spot to be certain. 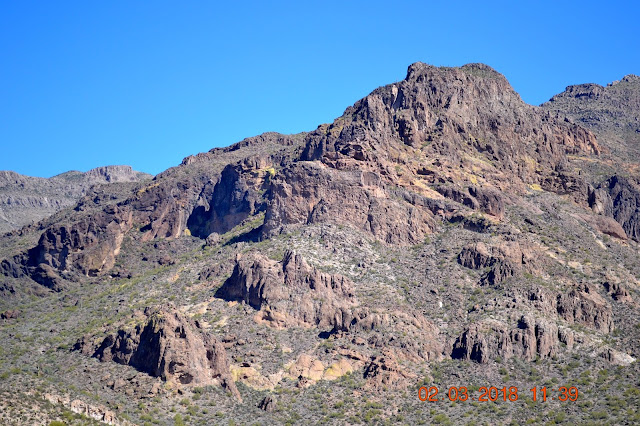 A text message came in shortly before 2 pm saying Doug & Yuma were half  way back down. Right about the 2 pm mark we noticed them coming across the hardtop toward us. They both looked pretty tuckered and weary. Climbing in Doug confirmed that the trail was anything but easy and the distance was too far. He had however made it and taken some pictures to document his adventure. So I'm certain we'll all enjoy Doug's blog tonight (Miss Adventure Travels).


Back in the Dogsled we took or rather missed a turn and managed to tour the street to a dead end but witnessed some incredible houses and properties on the way. Back on the right track we were home within a very short period of time. It took us as long to come into the rigs on the short dirt road as it did to come to from the trail head parking lot to the end of N Hackamore Road. 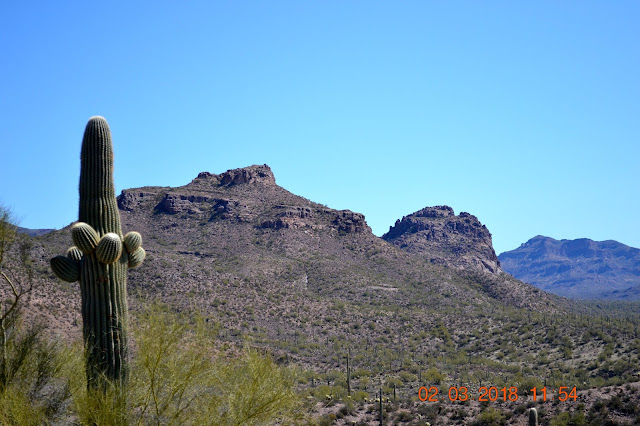 We went our separate ways upon reaching home. After a quick lunch I headed up for a nap, Riley called me at 5 pm.  I stumbled down stairs, fell into my chair, dozed off and on between pages in my book for another half hour. When I noticed Yuma looking in the screen at me. Doug & Yuma popped over for a visit and we sat outside until after the sun went down. They headed home, we came inside for the night. 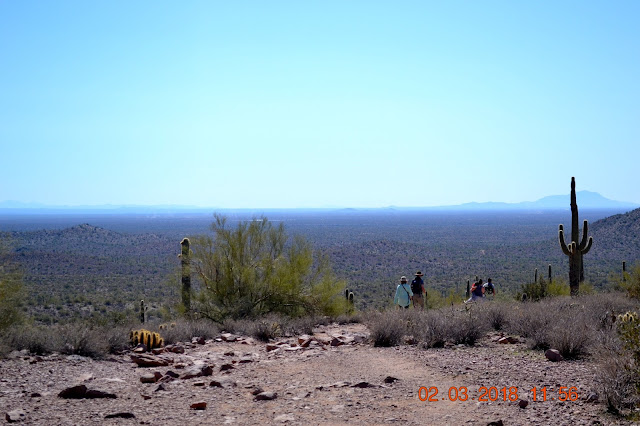 So there you have it, our attempted hike for the day, disappointing in some ways but not in others. I'm glad we didn't go further as it would have been too much for Riley and more than enough for me as well. We're happy Doug made it though and look forward to his pictures. 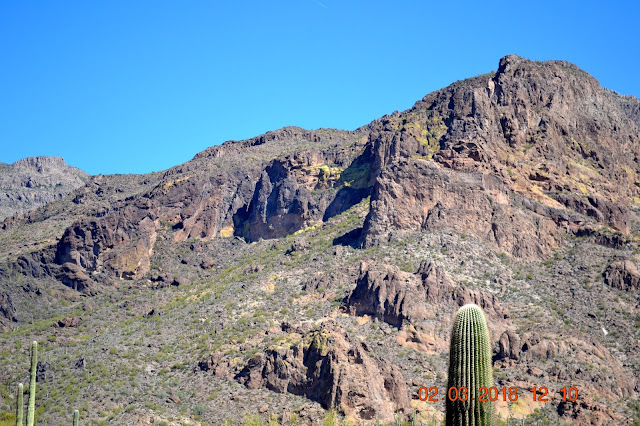 Tomorrow Riley and I have plans to spend the day doing a few things by ourselves. In the next couple of days I'll start seriously looking at our route home as it's time to start heading that way soon. 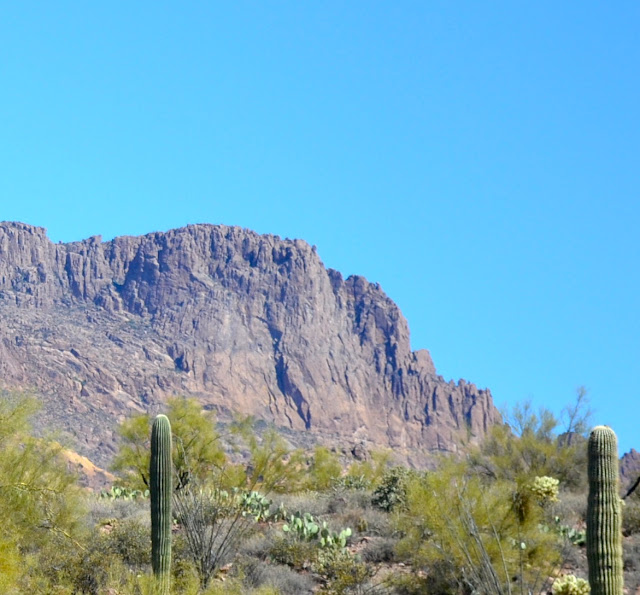 Thanks for stopping in, hope you all had a wonderful day. Feel free to leave a comment.


A footnote, as I write this post the full moon has climbed up from behind the mountain, showing golden yellow and as big as any I've seen. Too dark to get pictures for me but still a beautiful site to behold.