Goldfield Town, a lazy rest of the day.


I wasn't up too early, in fact I'm not sure the sun actually shone through the window before I got up due to overcast skies. The air was warm but the breeze was cool. We started off in shorts, changed to long pants, but back to shorts today. A mixed bag of sorts.

A hot drink this morning, I opted to have French Toast, Riley didn't want any. After that it was out the door to start the day. Doug & Yuma met us at the Dogsled but Yuma wouldn't be coming along today. He was just really excited to think he was and to see us. Shortly we had him back in the MH and we were on our way.

Even by cowboy standards we didn't have far to go. A couple of miles and we arrived at our destination of Goldfield Mining Town. It's a quaint, cute little place that offers a taste of old west mining town. It has an operable train ride that we enjoyed, learned many things including the fact that Saguaro average an age of about 350 years old. Also that the arms grow as a counterbalance to help with weight distribution. How interesting is that? We learned there is no gold or minerals of any kind in the Superstition Mountains, but there is plenty around the area. The Mammoth Mine still has about a million dollars worth of gold in it but is flooded and is cost prohibitive to get it out. Our engineer was full of facts, fun and interesting. His name is Billy Red Horse.

From the train we walked on over to the mine tour. An interesting way to spend a bit of time. We journey down into a replica of the Mammoth Mine to a shaft that was 175'/53 m long. It showed the various tools and equipment used in the mines. Including single and double jacks, blasting arrangements, etc. An interesting tour as well.

Next we toured the mystery which is a house of optical illusion much like a Ripley's Believe it or not kind of thing. Everything on slants, water running uphill, brooms standing without help, etc. Fun but not very western.

After that a quick tour around the town which was founded in 1893. Boomed, died, boomed again, died again, etc. It contains one street of buildings and for a tourist trap is very reasonable in prices. A fun morning.

Back home we each went our own way, Riley and I back to the Igloo for whatever the rest of the day held. For me it held mostly a nap. I think my sugar was pretty high, I had enjoyed an Ice Cream in a Waffle Cone, something I never eat. A two hour nap makes me sure I'll not do it again.

The overcast skies continued all day and while the temps were warm, they were almost stifling at times without a breeze in the Igloo. As I type this at 4:30 pm it is still very overcast with no sign of the sun. 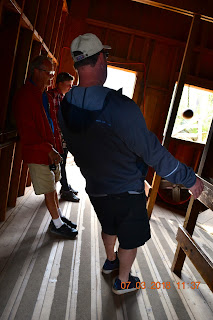 This was in the Mystery Shack. An optical illusion type experience. The floor slants at 20-23 degrees making  water run 'uphill', etc. The broom was able to stand on it's own but I think it had something in the floor to make it do that. This fella was having a ball. He was doing all the moves just like in the Matrix.

Doug and Yuma (Miss Adventure Travels)came by for a bit, Doug was saying Yuma wouldn't go for a walk, but he would come over to the Igloo. So I headed out with them for a walk, and of course Yuma was in the lead all the way. We didn't walk far, just a bit of a loop, we could see and recognize Goldfield in the distance. Then sitting around outside for a bit before heading off in our own directions. 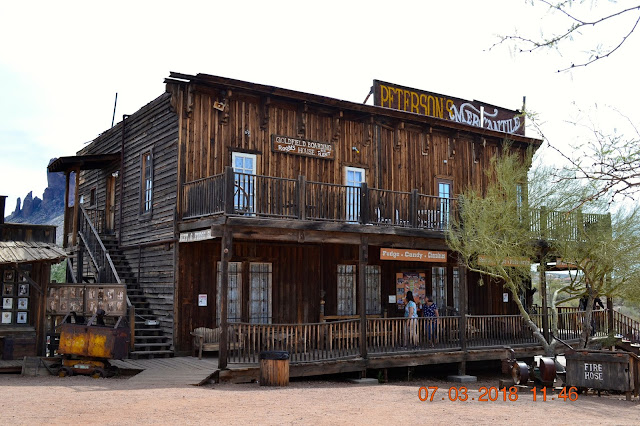 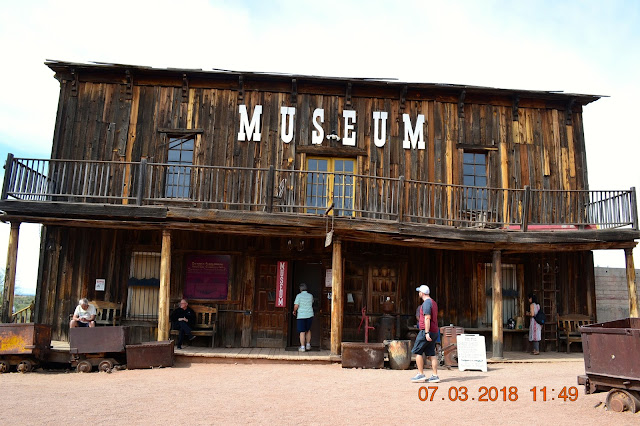 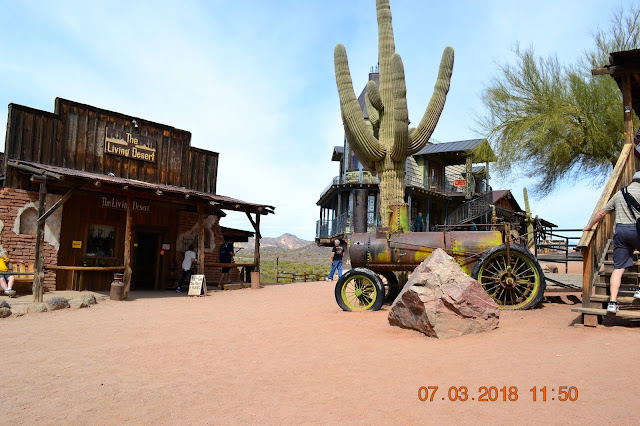 I called my dad tonight, since I missed his call yesterday. We chatted for about a half hour before saying our goodbyes. They had a fresh snow fall of a few inches today or last night. It's still cold enough with enough ice that  my brother is managing to get a little ice fishing in from time to time. Seems he's catching some fish as well. It seems Dad's Lady Friend Marion is still in the hospital and will be there for a while. Temps are nice, right around the freezing mark the last few days or so. Since it's almost mid March I'm sure the worst part of winter is behind them. Now it'll be snow, thaw, snow, thaw and finally it'll just  not snow any more. That is when we hope to arrive, after the 'snow no more' part.


After that I continued to write this post, we're going to have some biscuits for dinner, do some dishes and call it a night. No sunset tonight, as it's too overcast. The temps are nice, the wind has died down and hopefully the weather will be nice from here on out.

So there you have our day, not too exciting but fun, educational and we enjoyed it. Thanks for stopping by, feel free to leave a comment, I appreciate them all. I hope you've enjoyed your day, managed to do some things of interest, enjoyment, with some rest and peaceful times as well.