The night was pretty long and sleep was pretty short as the wind whistling and rocking us pretty good kept our little peepers open and the sandman couldn't reach the Igloo. We put the slides in around 8 pm due to the extremely high winds. That meant Riley would take my bed, I would take the recliner and HRH Miss Kitty would find some place to call her own. That worked well until about 12:30 am when I woke up after having already had a few hours sleep. Riley was awake as well and we each tried to be quiet so other could sleep but finally at 4 am I headed upstairs to crawl under the covers and not just a fleece blanket as the winds had also now brought along a nice cold temperature with it and the downstairs was cooling off fast.


By 4:30 we were both asleep and speaking only for me, I didn't hear anything else until after 8 am this morning. The winds are still pretty high but will be diminishing as the days goes on. As I write this around noon they are getting a bit less blustery but they have a long way to go yet.

We put the slides back out in anticipation for the diminishing winds and for a while that seemed like a good idea but it wasn't for another hour or two that they actually became noticeably less. Now at around 1:30 pm, they are finally starting to be much less effective in their ability to rock us around although the wind gusts are still knocking us around pretty good. They are becoming less and less frequent and even their intensity has lessened somewhat. Hopefully by dinner time they will be a thing of memory and the sustained winds will be enough to cause the flags to unfurl lazily. We can all hope, right? 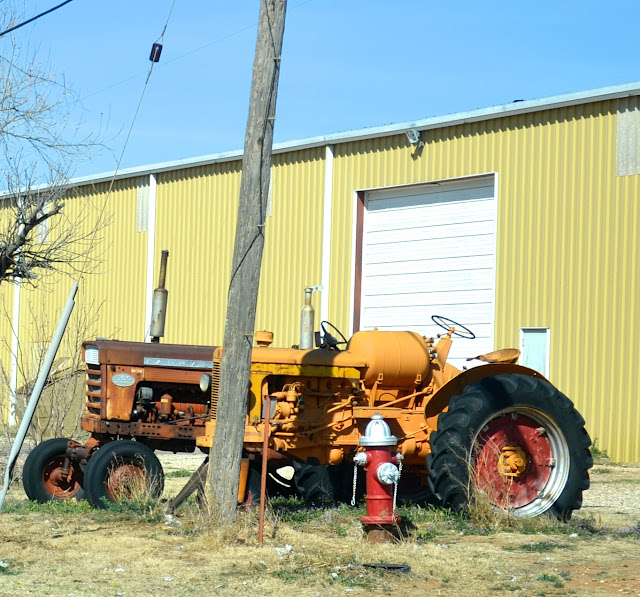 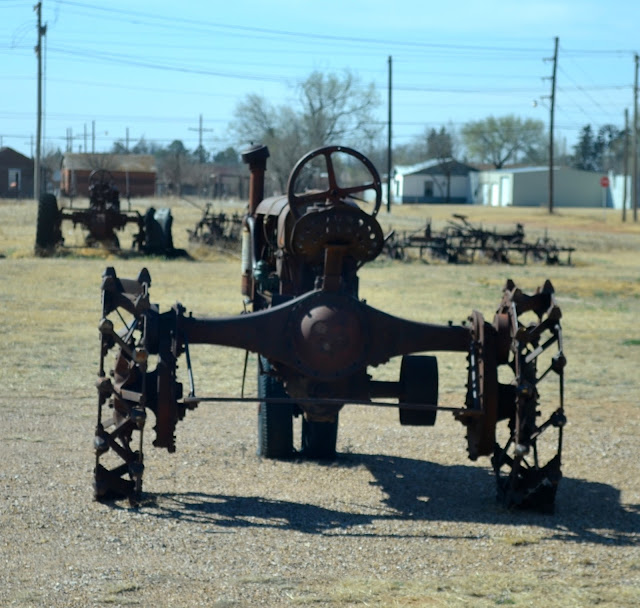 While outside doing a few things this morning I noticed this massively long rig on the road going past. It was pulled by a big rig and being pushed from behind by two more. I kid you not, they were tight against the tail end side by side and helping to push this thing. It was doing barely a good running speed but I'm sure it must get faster out of the towns. According to the fellow in the trailer beside us, who happens to be a local, it is some kind of driving gear for something and it going from California to Canada, he didn't say where in Canada though and I never thought to ask. He says its the second one to go through in a month. I'm guessing it must be eastern Canada somewhere and therefore it's not a problem to stay to the south away from the busier areas. This thing must be a nightmare to move, it's massive. The picture isn't good, it was a really quick one and a very poor angle but you'll get the idea. The white truck is the spotter truck behind. 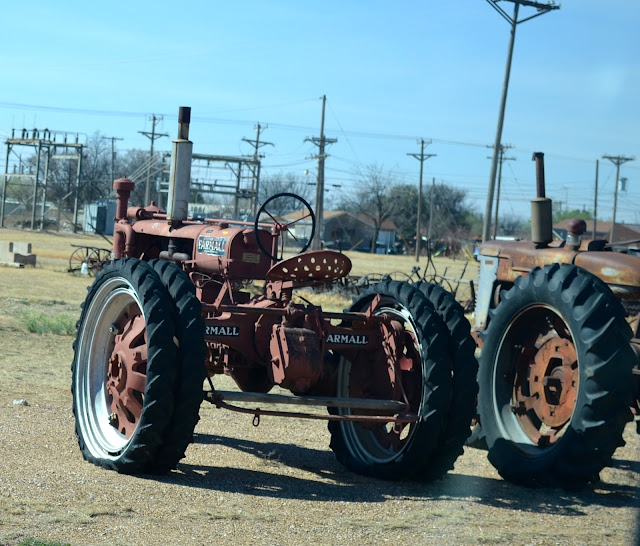 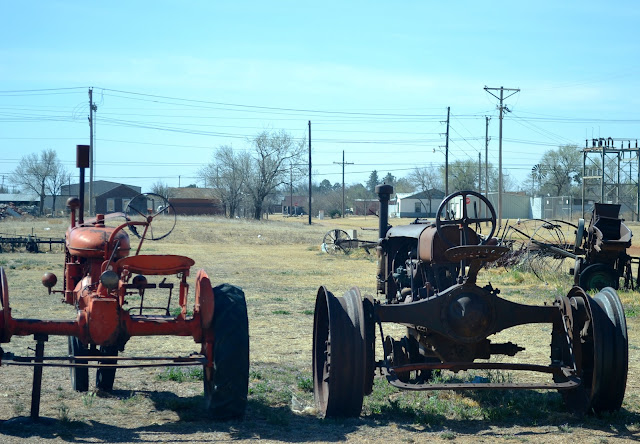 According to the same local fellow who's staying here for a bit as they are renovating their house, the winds have been like this for at least 3 days already. He says he's lost shingles off of his business roof here in town and I can say on our little drive we also noticed a number of shingles doing the flipping and flapping thing. He claims it will warm up by Wednesday into the mid 80F/29C range. I think this fella has two rigs here, both travel trailers, one is using the full hook ups but the other doesn't appear to be connected to anything. They appear to have been here a bit longer than a couple of days once I had a good look this morning. 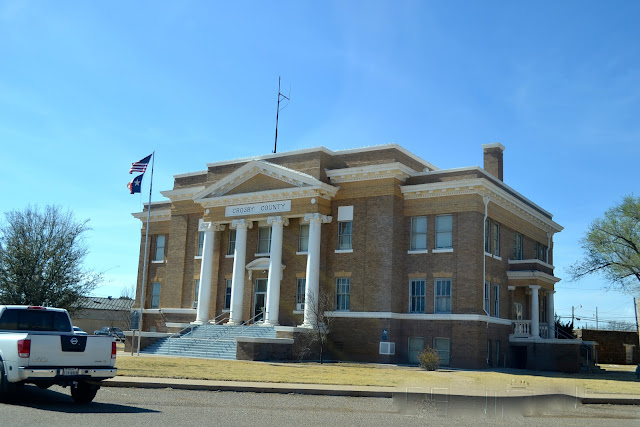 After hot drinks and setting things back up again we both decided we'd head out to see the little town of Crosbyton, Texas. The Big Dog's bowl is only half full so he needs a drink anyway. We both love the small town appeal but there truly is a dying that's taking place here. Very little appears to be open and running, most are empty or in the process of getting ready to close from the looks of things. We found two fuel stations and one Family Dollar. A few other business locations that seemed open but didn't provide a name. We didn't drive to the ends of town so maybe we missed a few things but from what we've seen it's an ugly death happening here. 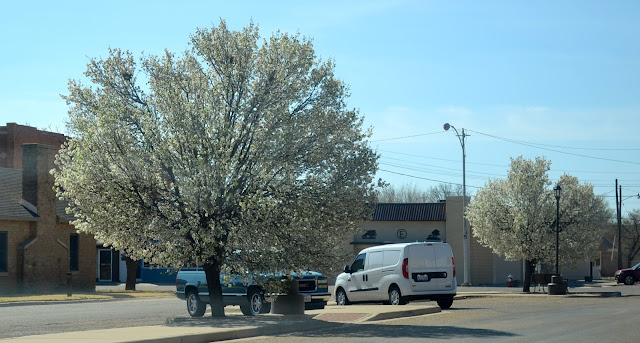 Numerous old tractors, vehicles, etc were about and appeared to be simply left where they were last parked. Interesting area to say the least. A fire department, a county building, a school and the post office, along with a couple of museums (one of which isn't open Sun-Mon), and a number of homes, along with many, many closed businesses seem to make up the town. We did note that not far from us there is another RV place with metered hookups and only one spot full, approx 6 more were empty. I didn't see any office or indication of where to sign in but at least we now know it's there if necessary. An interesting note are the number of trees in blossom here, they literally line the residential streets, as do dumpsters. The blossoms add a certain small town quality to any place, a homey feel almost. It's a very pretty sight to see. 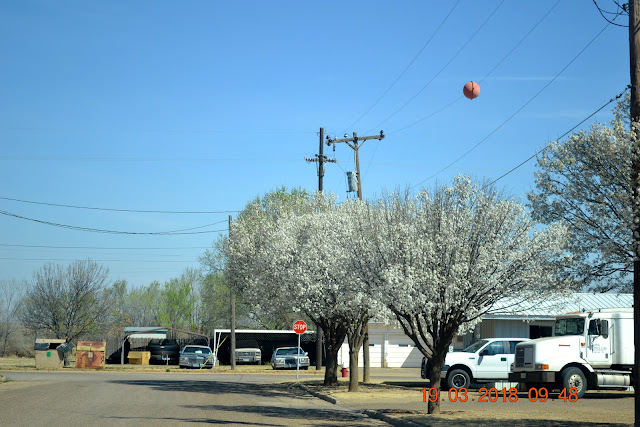 I chatted with a young lady from Fort Worth as we filled up at the fuel station. She mentioned that the wind is less further south, below Dallas/FW area. So perhaps we'll take that route next time. She also mentioned that further south had received snow this year, something unheard she said. Also something to keep in mind. 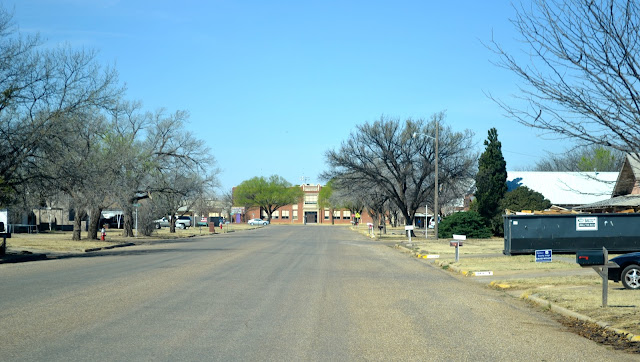 We also left a contribution at the Family Dollar store where we managed to find a few things of interest. So we'll have left our hard earned Canadian bucks in three places here during our two day visit. Doing our part to help the local economy. 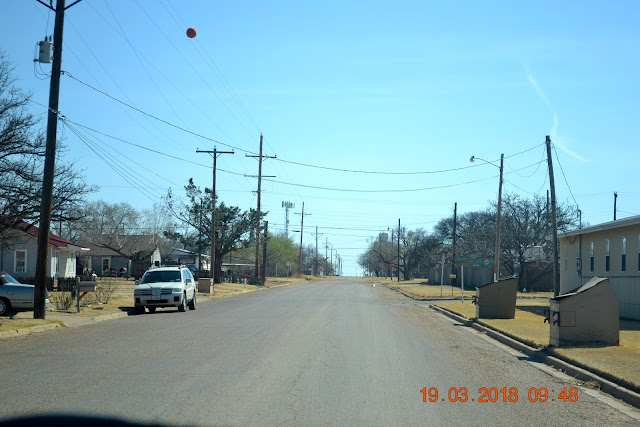 
Hope you've enjoyed your Monday as well. If not, I hope it hasn't been too bad a day with a few bright spots at least. Never fear, it's now behind you so don't have to worry about another for a few more days. As of the addition to this post at 7:30 pm the wind has died down with only very occasional gust and those are few and far between. It's been a very quiet afternoon. On that note, thanks for stopping by. Feel free to leave a comment. 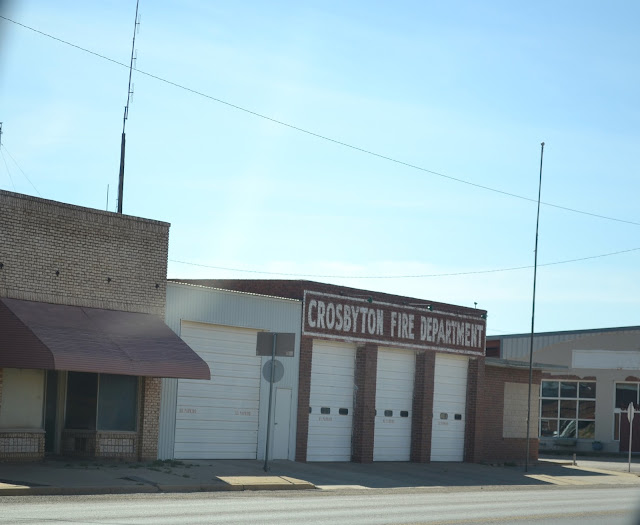