On the hunt, rude ranger, and a lazy afternoon.....

Didn't open my eyes until almost 7 am, then I didn't roll out until 7:30 am. A red tinge to the sky had my attention but not enough to get my dragging out any faster. Sounds windy out there today and the air felt coolish so I just stayed under the warm covers for a while longer. A text message from my sister had me thinking I should be up but well, that just didn't happen. 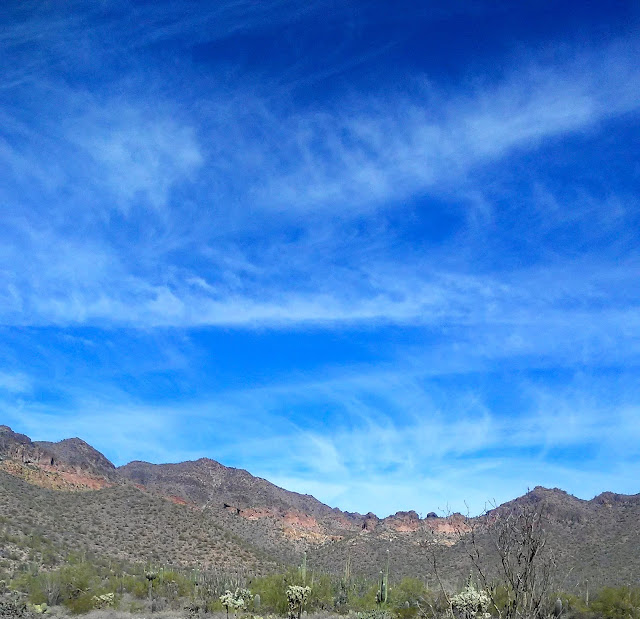 Riley and I met in the kitchen around 7:40 am, hot drinks, chattering about a few things and that's how the early morning went. Nothing too exciting, just some emails and things. 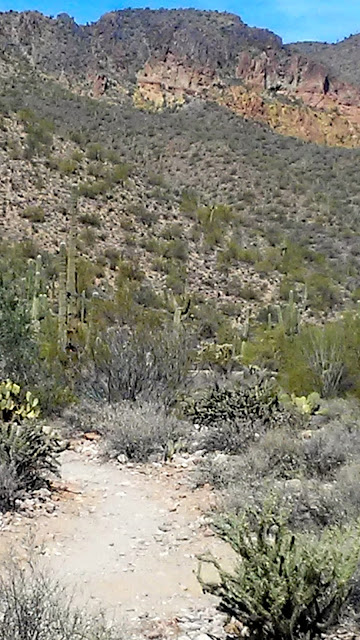 We had a quick sandwich for breakfast and headed out in the Dogsled with Doug & Yuma to see if we could find the trail Doug and I had noticed yesterday. It took us a few tries before we found it. We did find an interesting place to hike at the end of Meridian Road/Tomahawk Road, it's called the Medicine Wheel Trail. Maybe we'll try that some time we're in the area again. 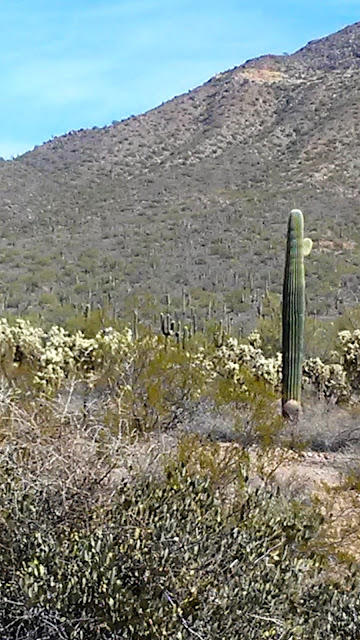 We eventually found the one we were looking for at the end of Tomahawk (different one than before, this is a different county) and McDowell Street, it's known as Bulldog Canyon. We found a couple there that couldn't get the gate unlocked as the lock wouldn't open. They were stuck on the inside, another fellow was stuck on the outside. We chatted with them a few minutes, learned a few things, and I gave it a try at the gate and managed to get the lock to open but I couldn't get it out of the hole. Eventually they did get it out as I could see in my rear view mirror but we were heading out in search of the Mesa Ranger Station to get a free permit to use the National Forest area. 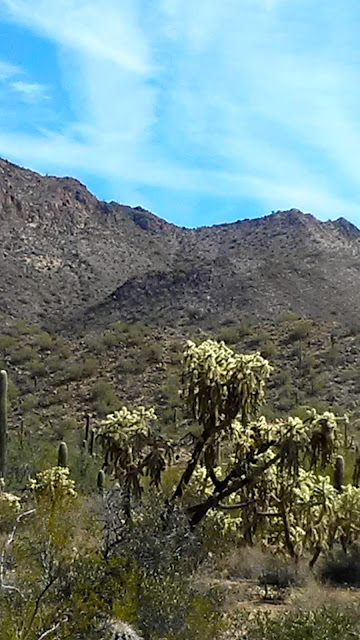 We drove the 20 minutes into Mesa to the Ranger station, just coming on to noon, about 10 minutes before the wonder hour. Popped into the Ranger Station, found ourselves a very unfriendly ranger behind the desk. Long story short, it took us two tries before we got permits into the park, signed this, read these, and get out it's lunch time. We left with paper work in hand and hopeful of what we'd find. We stopped at a roadside fruit vendor on the way home to pick up some grapefruit and oranges. Thanks for the grapefruit Doug. 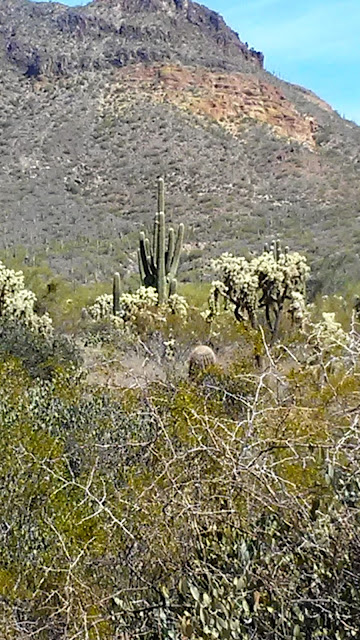 We headed back home and went our separate ways. After lunch I had a nap and read my book. I didn't do anything else all day except dishes. I am just feeling a bit washed out for some reason. Riley played her game, chatted on Facebook and put in her time. 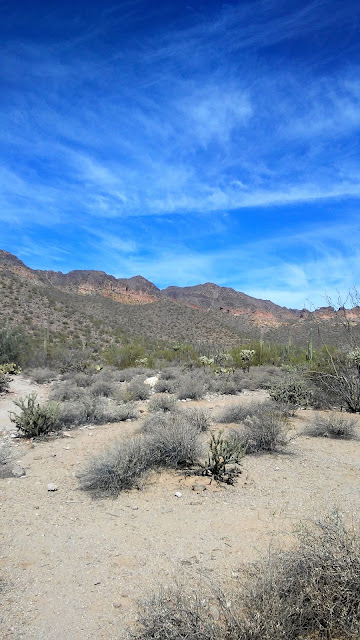 I headed outside to read in the sun/shade around 3 pm and before long Doug & Yuma came tooling along in their little silver jeep. Wasn't long before I heard the pounding feet of a canine as he raced my way to greet me and say hello. He wags that tail so hard I'm surprised he doesn't throw something out of gear. Doug also sauntered up and had a sit down. We chatted about his afternoon adventure and parted about 5:30 pm as the sun was heading down, the air cooling off. We made no plans for tomorrow and will just see how it goes in the morning. 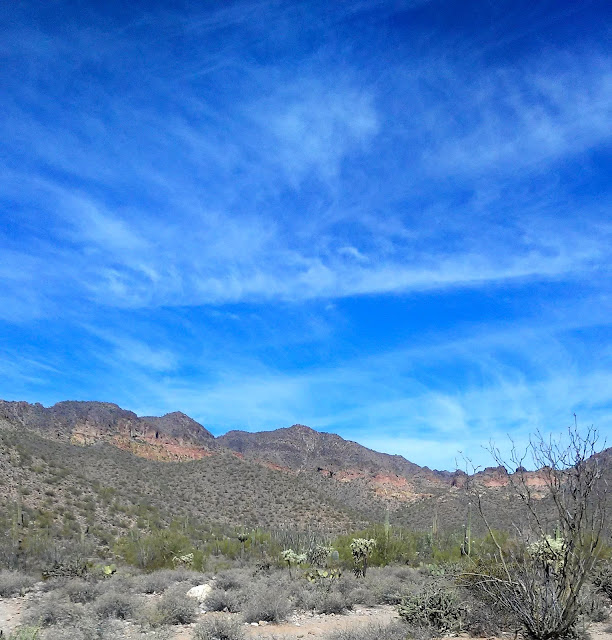 So that was our day. Nothing exciting but it was interesting. Thanks for stopping by, hope you enjoyed our lazy day. Feel free to drop a comment. 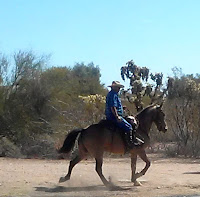 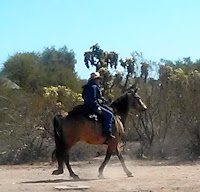 Seen these two horse riders on the way home. One horse was a bit more anxiety ridden than the other and wasn't too steady. Took a firm hand to keep in under control.