The stars last night were bright and near at hand, one could almost touch them. The crisp desert air sent us inside after a few minutes of star gazing.

Awake this morning around 5:30 am,I  finally got up just before 7 to catch a less than spectacular sunrise.  Here the sun rises behind a long ridge of mountains and if there is no cloud cover it seems to hover with a line of orange, then a quick hint of yellow and after that the sun seems to simply pop up with no fan fare. Still nice though to see the skies lighten and brighten. No clouds this morning, should be a warm day. Cool again last night, 36F/2C but we’ll take it. We just pull up the duvet and give Mr. Heater a few minutes and before long we are toasty warm.

A hot chocolate in hand I caught up on my blog reading and comments. Some days there just aren’t enough hours in the day to get things accomplished. Riley heard me stirring around and came stumbling out a while later. We both had some thoughts about the day and after cleaning up and getting ourselves ready to face the day we started prepping lunch. Today would be BBQ Bourbon Chicken, a mixed veggie medley and some acorn squash. Of course I had my salad as well.

After that I headed out for a walk by myself. I headed back to the  mountain that is very prominent in my photo’s around sunset time. I love the way the sun catches all the crags and crevices and today I wanted a bit closer look than I had the last time. I headed out on the road and stuck pretty much to some form of road except for one little jaunt through a wash that was kind of blocking my way. I didn’t want to walk all the way back to the road and then back up the other side, so I headed off through this somewhat significant wash. It was over 5 feet deep as it was over my head so that’s how I know that little bit of information.
I managed to find some very nice camping spots if I can just figure out how to get the Igloo back there. I’ll have to check out a couple of the other roads before we leave. One is at the very bottom of the mountain, on a slight bit of a climb but not too high. We’d need to use low gear to get up but we do that already at our summer location so it’s not a big deal. I took some pics that I’ll share with you in this post.
I managed to hike part way into one of the washes that went between two of the mountains, but didn’t go too far, it was far too rocky with just me on my own and I didn’t want to twist an ankle by myself. The gorge was fairly deep and I’m certain the water is moving very rapidly when it comes down there. A number of large rocks and deposits of sand could be seen along the bottom of the area. Up close and looking at that big mountain it was evident that it is pock marked with small holes and places where rocks have fallen and left spaces. A few cacti growing up there as well tells me that there are some deposits of soil of some kind with enough depth to allow these cacti to root and grow to a fairly significant size. I would like to explore further but not on my own.
I headed back home as I’d already been gone for some time. I managed to follow roadways the entire way, although some were barely considered roadways, more like ATV trails perhaps. I did move some of the more razor like looking rocks on the road way just in case I decide to take the Dogsled over that way tomorrow. I would love to take the truck to the campsite spot and check it out before hauling the Igloo in that direction. It might be a bit tight on the turn but it would be wonderful to get there. It’s not a place I would park at this time of the year but later in the year when we head home it would be a nice spot to sit for a few days. It is literally at the foot of the mountain.

Back home I checked the time I’d been gone just under 2 hours. I didn’t necessarily put in a lot of miles but I did enjoy the exercise and the views. I puttered around outside taking down a few little Christmas things when Kim and Taz (a small dog) were walking by. Kim comes from a couple of roads over, and is our nearest ‘distance’ neighbour but not our closest reachable neighbour. Two big washes make it difficult to cut cross country to reach Kim’s place. Kim and her husband Marty are from Washington and are heading toward Texas where Marty has a brother. They have a nice little travel trailer with an Add-A-Room that they make a lot of use of. She chatted and asked to see inside the Igloo, and after the grand tour she headed off with a bag full of movies as we had thinned out our selection. She told us to drop by to check out the Add-A-Room anytime.
Back inside I washed up, enjoyed my salad and then just needed to nap. I slept for about an hour and a half. Riley cooked lunch which was excellent in case you were wondering. She thoughtfully covered mine and I ate it when I got up. We added a couple of oatmeal cookies to the end of the meal, they hit the spot.

We both grabbed our sticks and headed out taking the same route as yesterday. We were just passing Kim & Marty’s trailer when we met Kim and Taz, she invited us in and we chatted for a few minutes, meeting Marty and enjoying the visit. We were soon on our way once again heading back the way we’d come and arriving home within 20 minutes.


I stayed outside to catch the sunset but too much cloud cover prevented any kind of show tonight. I did however gather a few dead sticks while waiting for the light show and tomorrow we’ll have a little fire and enjoy the smells of the desert wood. 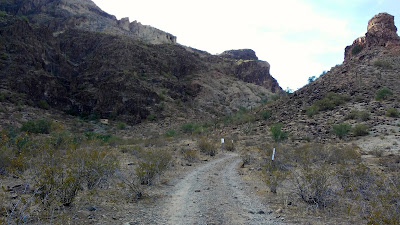 Sonya, Josh and Jack left today as I was coming back from my walk. We didn’t get a chance to say good bye but we do wish them safe travels.

That was our day, nothing spectacular but it was interesting and fun. We enjoyed meeting Kim, Marty and Taz. Perhaps we’ll run into them further down the road or perhaps at another time back here in this area. It would be nice. The day wasn’t warm enough for short pants and I wore a light weight pull over for part of my morning walk and again this afternoon. Not a bad day but not overly warm either. 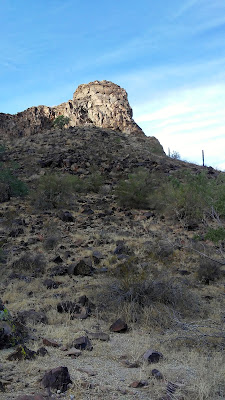 Last night I called my buddy Ron in Kansas to find out that a friend of ours from Benton Harbor, Michigan who  winters at Magic River Campground, Long Beach, MS passed away yesterday during emergency surgery. Mac McKinney (Mac was his nick name, I don’t recall his given name) was a fixture around the place all winter. Mac was an early riser and could be counted on to be around the fire pit between 5 - 5:30 am pretty much every morning. Mac will be greatly missed by all who enjoy the Magic River Campground hospitality over the winter seasons. Our condolences to his family and friends. Rest in peace Mac. 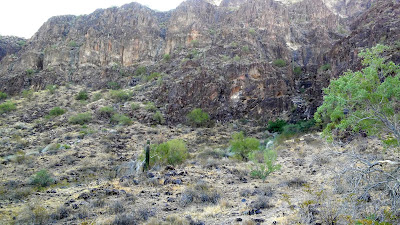 Thanks for stopping by, feel free to leave a comment. We hope you’ve had an excellent day as well.

Until next time…take care, be safe,