A coolish night but I slept well, it seems I was very tired. I didn't hear a sound until the sky was light and the sun was starting to peek over the horizon. It has been a quiet day here and I'll leave you with photos taken out the window as it was a bit on the coolish side for us today. 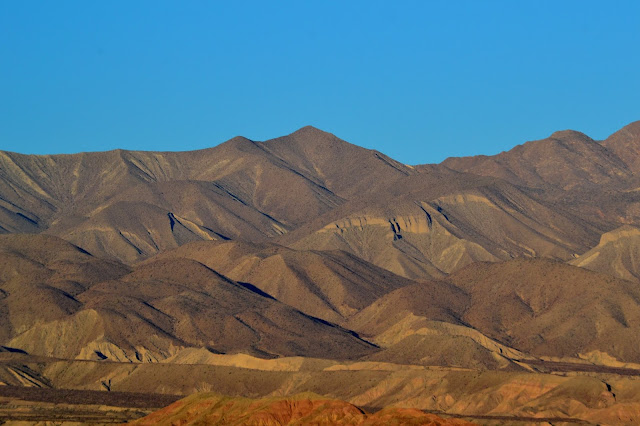 A bit more of a close up of the mountains out our dining room window. 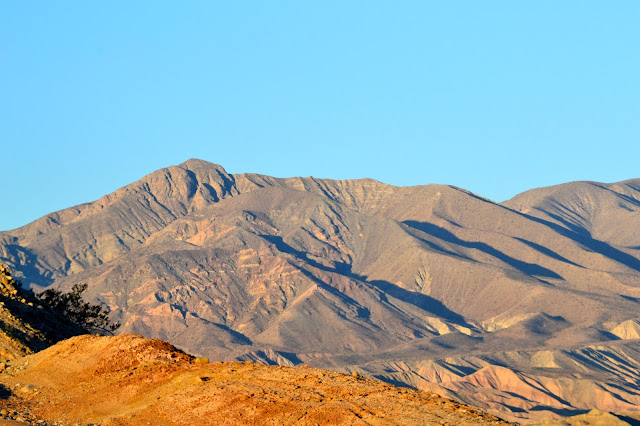 They change colour with the sun's rays and the shadows the sun casts, the time of day and the haze in the air. 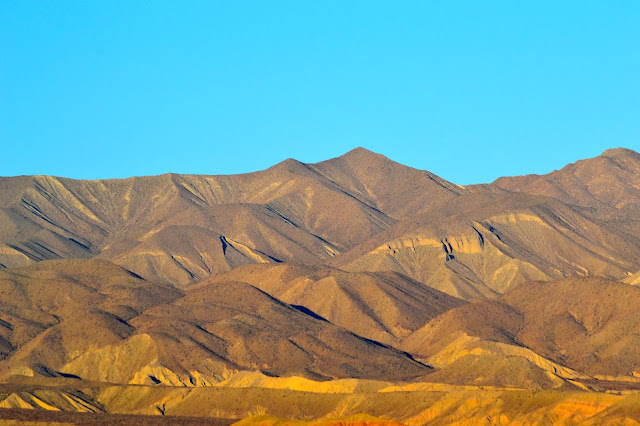 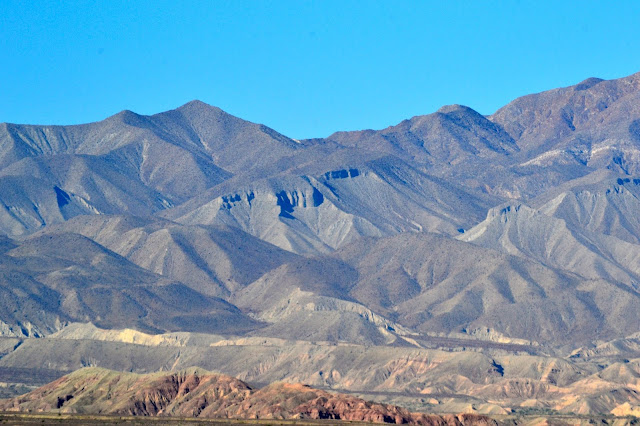 So different depending on time of day. 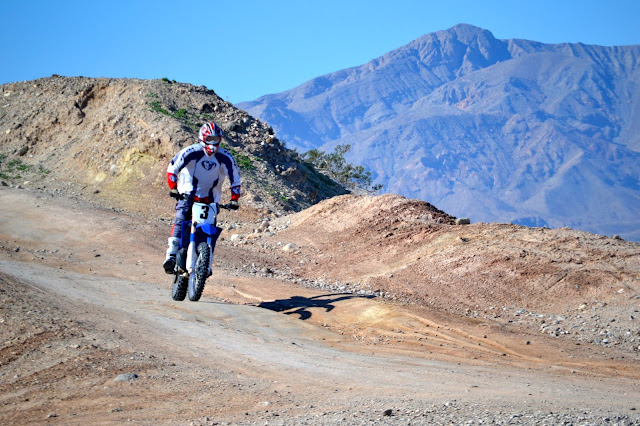 I'm sure this guy was very good but he spent a great deal of his time that we could see him teaching his friend or younger sibling to ride a quad. You could tell from the way he rode that he had a great deal of experience. He reminds me of my nephew Jason. I was hoping to see him strut his stuff so to speak but I never did see it. 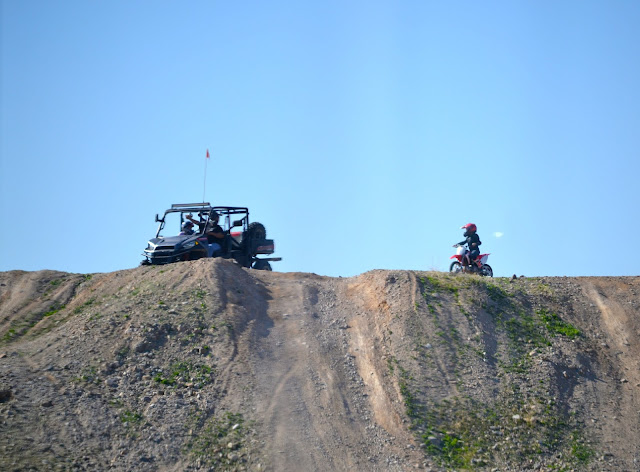 The buggy was full and this little guy was riding behind. He did well, I think he would be about 9 or 10 maybe. The two in the back of the buggy were smaller than him. 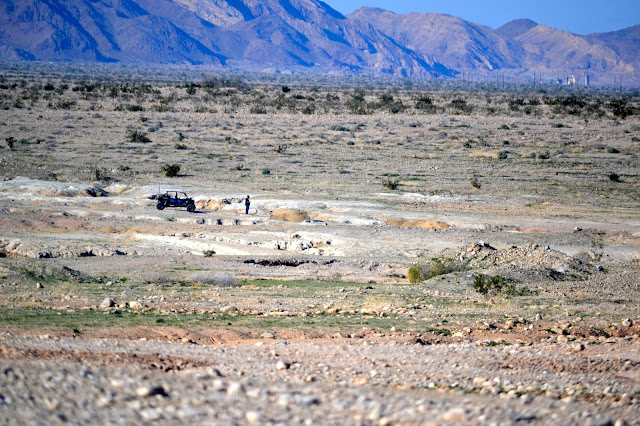 You can barely see the roof of the one down in the wash. He seemed to be stuck down there and we could hear the revving of the engine as this guy looked on. Before long they were both sitting up there side by side. 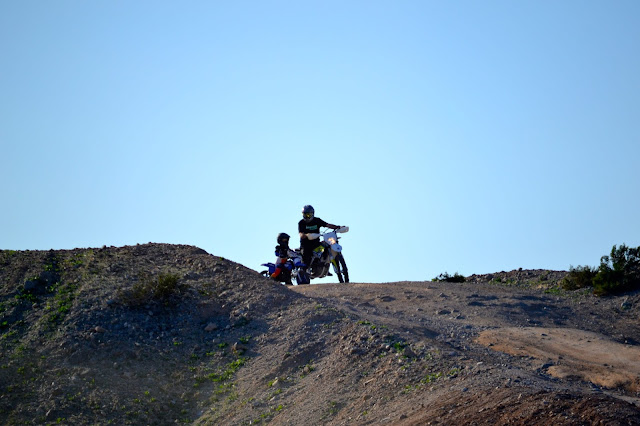 I'm pretty sure this is father and son, they rode up that hill just about 5 minutes before this photo. The little guy did very well and stayed upright the entire time. He was pretty sure of himself as he started up but you could see him hesitate as he hit a rough patch. However like I said he made it just fine. 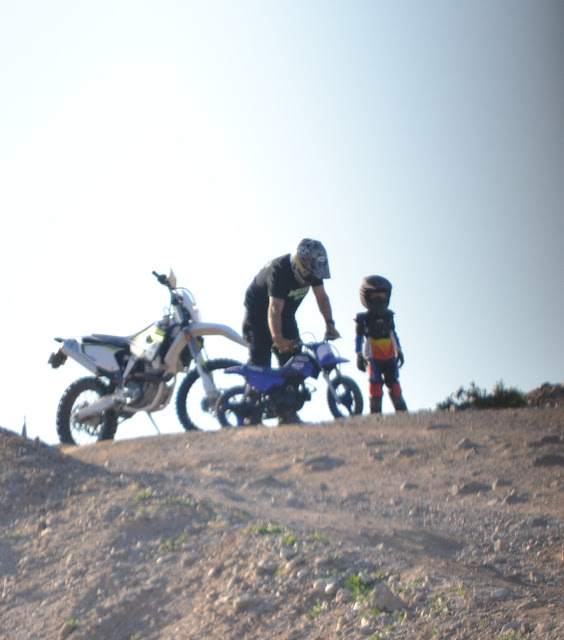 However in the photo above you can see that coming down was going to be a whole other thing. We could hear him crying and saying No, no, no. We could hear the father's calm voice but the little guy wasn't going to have any of it. I wondered if he had perhaps had a spill while up on the top but I don't know that. 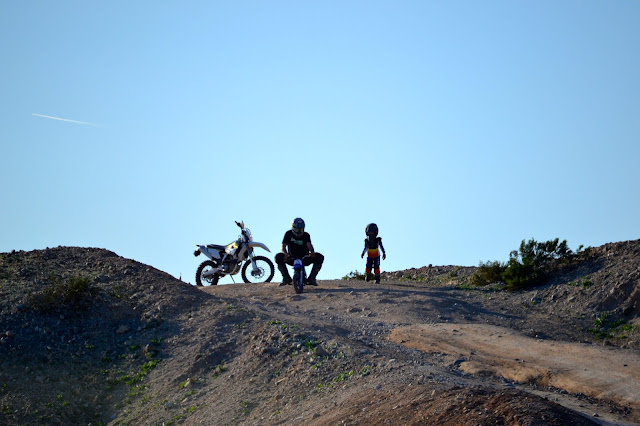 Finally Dad had no choice but to take the smaller bike down, it was a bumpy ride for him and the little guy walked down behind him. 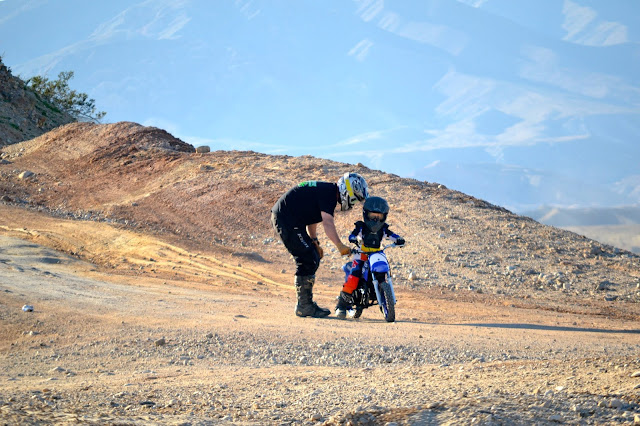 We could hear Dad giving him some instructions about waiting and the little guy sat and waited very patiently while Dad had to walk back up the hill to fetch his own ride. 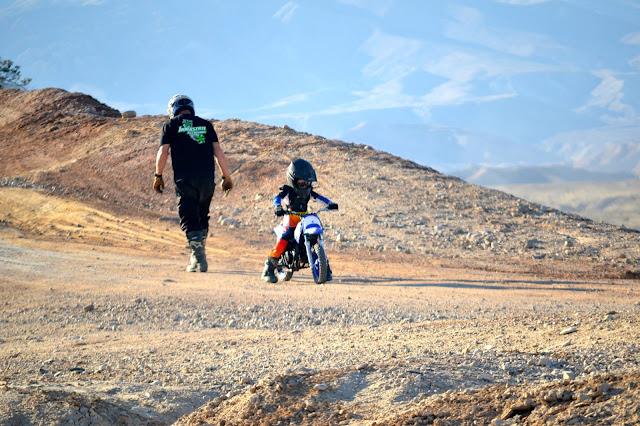 He seemed less confident even down on the flat which makes me think he spilled it on the flat top up there. Dad was soon down and leading the way once again. 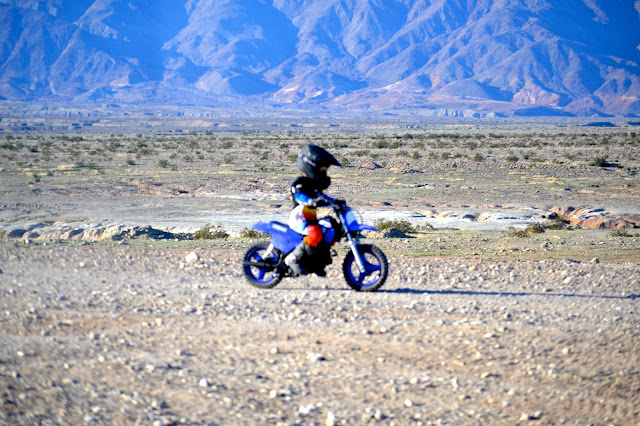 He followed along at a pretty good speed and seemed to be happy to be heading back toward home. 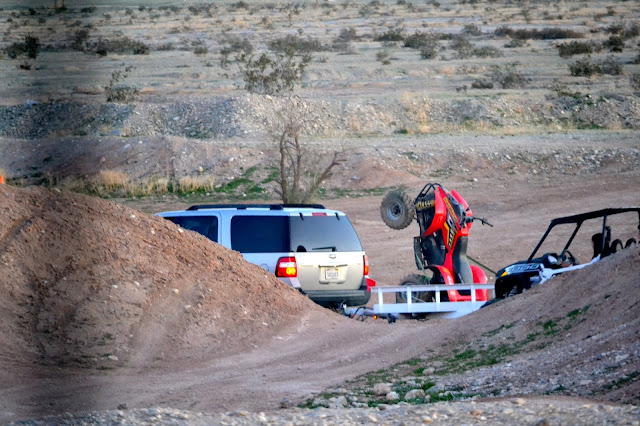 These folks seemed to be doing some kind of repair or off loading, they were quite a while behind the dune before they pulled out leaving that quad upended as they moved. They came back again pretty quickly which makes me think they needed to fetch something from where ever they are parked. 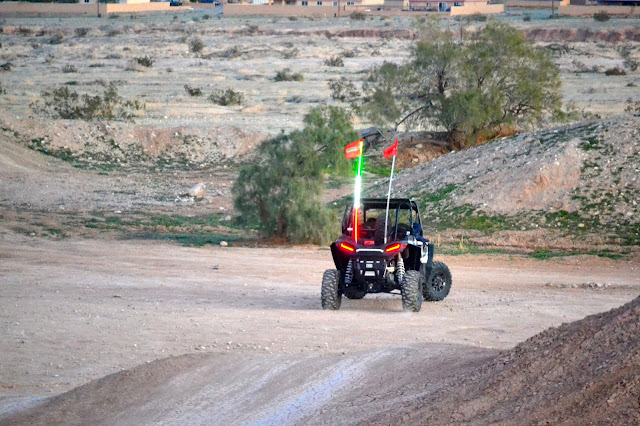 It was much darker when I took this photo but I lightened it a bit so you could see the colourful whip aerial. This one came with the upended quad above. 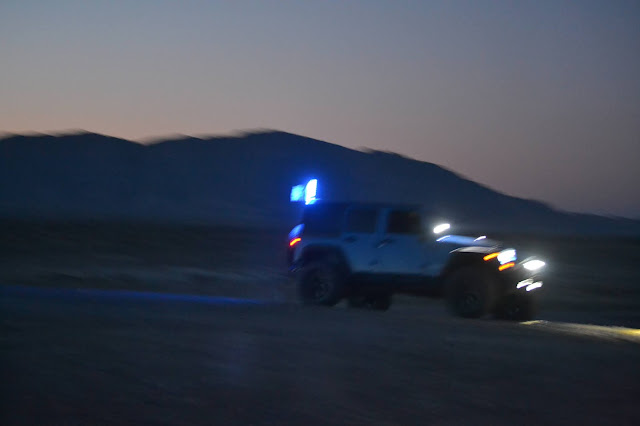 Blurry but it's dark outside or getting dark and two jeeps were heading back toward the main road after coming up out of the wash.

We spent some time cleaning and cooking today before just resting. The last few days have been kind of busy for us and we both wanted to sit and watch out the window or read, which is what we did.


Thanks for stopping by, I hope you enjoyed your Saturday.