A fantastic day here, warm, sunny and hardly any wind this morning. Temps reached about 78 F / 25 C this afternoon. A near perfect day by my standards.

A walk this morning netted us some great pics before the battery in the camera died. We walked at Radium Springs Garden (RSG). So today's pics are from there. 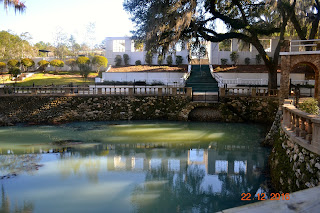 We started our morning doing the loop at RSG including the old parking lot, we went 3 1/2 times around which took us about 1 hr and 15 minutes. I should get a fit bit to monitor the distance. It was a wonderfully warm morning and we started by unzipping sweaters and then finally taking them off and going in just a long sleeve shirt. It was discovered while walking that I had on Riley's shirt, not sure how that happened but oh well...I kept it on until we made it back home. ~laugh~ No worries I wasn't baring anything. It wasn't THAT warm. 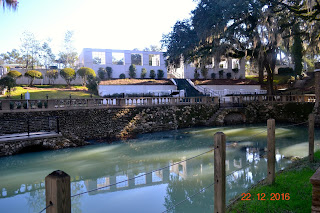 After our walk we grabbed the camera out of the Dogsled (truck) and headed into the gardens. The colours you see are the natural colours, I didn't fool around with any of the pictures, just cropped 'em. In the pic above the stairs are definitely southern aren't they? Long graceful sweeping center staircases. 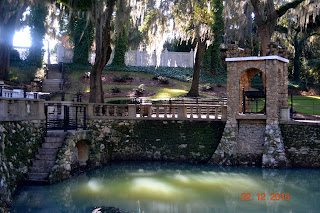 A little history on RSG.
Radium in the water makes the water that greenish/bluish colour. It's still kind of murky but it's getting better. People used to swim in this water, it is a constant warm temp all year of 68 f/ 20 C degrees. It is a natural spring that pumps 70,000 gallons of water per minute from a underground cave.Radium is 1,000 more times radioactive than uranium.It occurs naturally in certain types of earth and is extremely rare. Uniquely, it is luminescent and glows in a faint blue color. 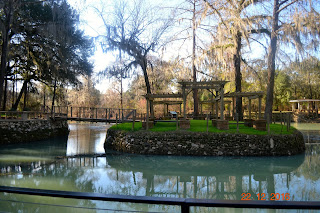 In 1925 a man named Barron G. Collier bought the property and spent approximately $1,000,000. The development included a casino and
bathhouses overlooking the spring, a hotel
named the Skywater (after the supposed
Creek Indian name for the spring), cottages,
riding and walking trails and one of the finest golf courses in the South. The resort was a huge success when it opened to the public in 1927. 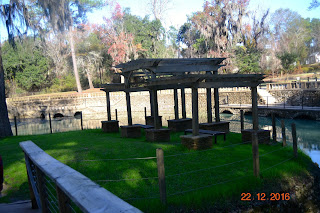 The Great Depression caused it to close and over the years it was re-opened and closed several times. In 1994 Tropical Storm Alberto caused heavy damage to the casino and surrounding areas, causing massive floods that reached as high as the second floor. (What you see in the first pic, the white walls, is the first floor). A second flood in 1998 caused even more damage, this time structural damage causing it to be closed permanently. 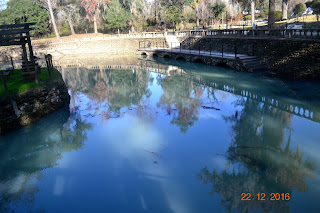 Despite multiple attempts to save the 76 year old building it was demolished in 2003. It was acquired by local government at the time. In 2004 a master plan was conceived for the gardens, opening it's first phase to the public in 2010 at a cost of $830,000. A second phase costing $76, 500 was added quickly after the first one. Due to the low laying land and it's proneness for flooding with any significant rain fall the property is unsuitable for building, or even for the once famous golf course that used to grace it's open spaces. A plan calling for walking, biking, horse trails is in the plan for the future. 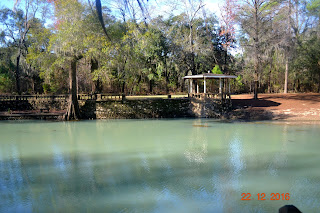 After our walk and picture taking excursion we hopped back in the Dogsled and headed off to Mike's Country Store. A store full of country people, with country ideas and a great sense of customer service, family and good manners. We've been trying various things from Mike's own kitchen, his sauces, dressings, and salsa's to name a few. We had to pick up a few that we ran out of and will have to make ONE more run to Mike's before we leave the area to stock up on some to help tide us over during the summer months. Heading out of Mike's we also picked up some Fried Chicken, which we haven't had the entire time we've been here. It was excellent. 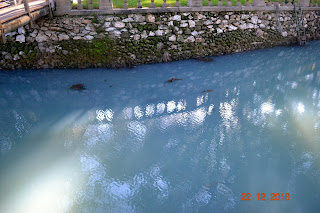 After lunch I sat outside in the sunshine and read my book for a while. A bit later I chatted with David, the carpenter that is doing a small project for us. More on that later. About 3:30 pm I headed inside and enjoyed reading a bit more, checked on the news (on line), sent some Christmas Greetings, a few emails and did a little research for our upcoming travels. More on that later too. After that it was time to make dinner but I had no appetite and so Riley made her own dinner, it smelled good but I'm still full from the chicken. After dinner, clean up and time for a shower. 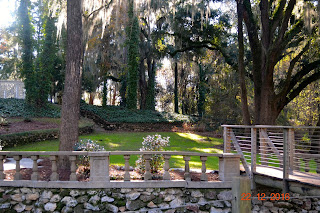 A few more emails and I settled down to write this blog. It was a great day, we enjoyed it very much. Nothing too exciting but nice, quiet, peaceful, warm and sunny. No complaints from us. 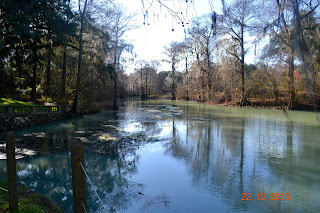 From our home to yours, we wish you and your families a wonderful holiday season, may you be blessed with happiness, health, and joy throughout this holiday season and the new year. Merry Christmas to all, and a Happy New Year as well.

Thanks for stopping by, feel free to leave a comment. Until next time...be safe, take care.......